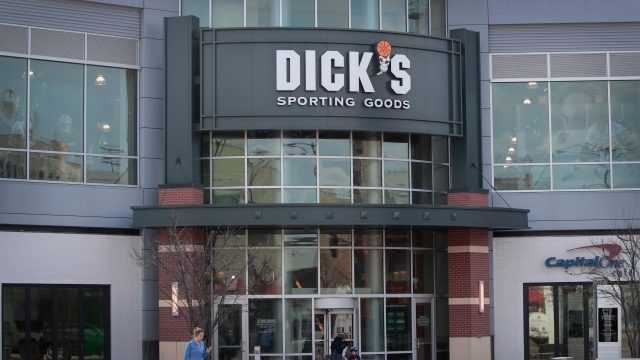 Dick's Sporting Goods is removing guns and ammunition from 125 of its roughly 700 U.S. stores.

The company said the decision is meant to create more "productive space" in stores. Its hunting department was under-performing, so the company tried removing hunting products from 10 stores. It replaced the hunting gear with more popular items, and sales rose.

These 125 stores will help determine how Dick's moves forward. If sales also rise at those stores, Dick's may replace the firearms section in even more locations.

The company already removed assault-style firearms from its stores after its CEO learned the Parkland school shooter bought a weapon from Dick's. It also raised the minimum age for buying a gun to 21.