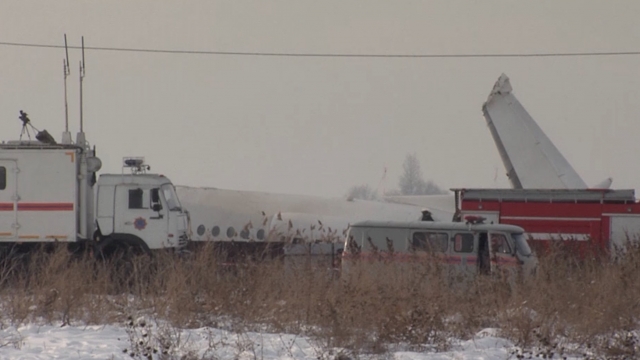 The plane reportedly "lost altitude after takeoff and broke through a concrete fence," then hit a building.

At least 12 people died in a plane crash in Kazakhstan on Friday morning, including the pilot. At least 54 people were injured.

The plane was carrying about 100 people when it crashed just after takeoff at Almaty International Airport.

The country's deputy prime minister said the tail hit the runway twice during takeoff. The airport authority said it "lost altitude after takeoff and broke through a concrete fence" and then hit a building.

An investigation into the cause of the crash is ongoing. The area was foggy and the wings were reportedly covered in ice, but it's unclear if either condition contributed to the crash.