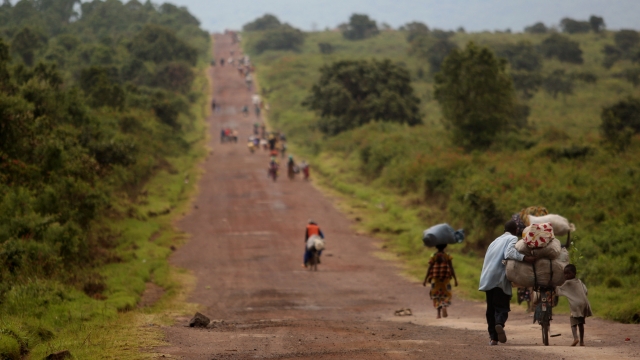 SMS
12.4 Million Africans Are Internally Displaced By Conflict
By Ethan Weston
By Ethan Weston
December 11, 2016
A first-of-its-kind study could be a big step to helping internally displaced people across Africa.
SHOW TRANSCRIPT

Africa is suffering from a crisis of internally displaced people.

A new report from the Internal Displacement Monitoring Center found that 12.4 million Africans are living in a state of ongoing displacement because of conflict and violence. That's 30 percent of all people worldwide internally displaced by conflict.

In 2015 alone, about 2.4 million Africans were internally displaced by conflict.

And while violence has long been a root cause of displacement, the report also found a rising cause for concern. Last year, 1.1 million Africans were forced from their homes by "rapid-onset disasters" — mainly flooding.

The report warns climate change is only going to make those disasters worse. Droughts and higher temperatures are expected to become more common, and that could lead to a "feedback loop." As farmers get displaced by drought, food insecurity could lead to further displacement.

In 2009, 40 African countries signed an agreement to help internally displaced people, but a lack of data has made helping difficult.

But this report is the first of its kind for Africa, and researchers hope it can help fill in some of those gaps in data.