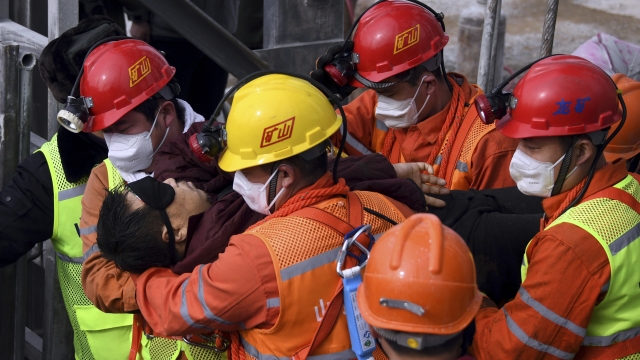 Eleven workers who were trapped inside a Chinese gold mine for the last two weeks were rescued Sunday.

The workers were hauled up one-by-one in baskets with their eyes covered for protection after so many days in darkness.

State broadcaster CCTV says another worker who was brought to the surface Sunday had died from a head wound.

The fate of the 10 other workers who were still underground at the time is unknown.

A total of 22 workers were buried after an explosion inside the gold mine on January 10.

The cause of the accident is under investigation but the explosion was large enough to release 70 tons of debris that blocked the shaft, disabling elevators and trapping the workers underground.

Authorities have detained mine managers for delaying reporting the accident.