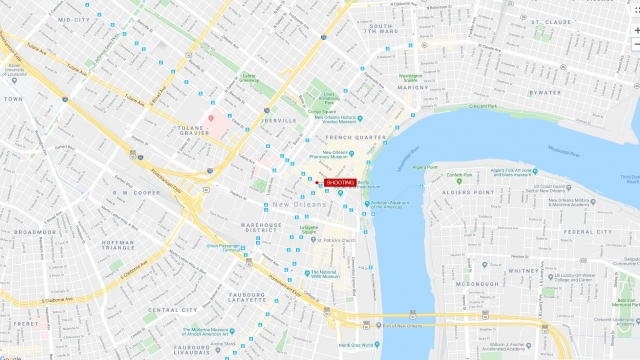 The shooting happened around 3:30 a.m. local time in the city's French Quarter. It's generally a busy area, but it was extra crowded because of an annual Thanksgiving weekend football game.

Police say all the victims went to local hospitals and two people are in critical condition. There haven't been any deaths reported, so far.

Police tweeted that someone was detained near the scene, but it's unclear if they were involved in the shooting. No arrests have been made, and authorities are actively investigating the incident.