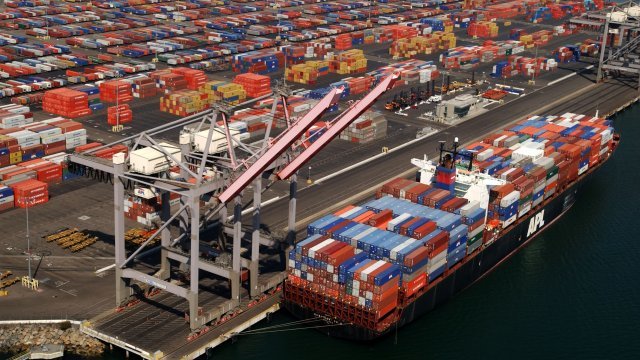 Eleven nations, including major U.S. allies, signed the Trans-Pacific Partnership without the U.S. on Thursday.

It coincides with President Donald Trump's decision to impose tariffs on aluminum and steel imports, which affects some of those allies.

The free-trade agreement, now called the Comprehensive and Progressive Agreement for Trans-Pacific Partnership, or TPP-11 for short, will represent 500 million people across the globe. That's down from 800 million when the U.S. was involved, making it the third-largest trade bloc worldwide. It aims to reduce tariffs and bolster trade with its members.

It was originally conceived by the U.S. to combat China's growing economic influence. But Trump pulled the U.S. out of the agreement in January 2017, calling it a "horrible deal."

The U.S. wasn't the only country that had reservations about previous versions of the deal. Canada wouldn't sign a version of the agreement last November but came around after more negotiations.