11 Kids Held Hostage Near Atlanta Freed After Suspect Stabs Himself 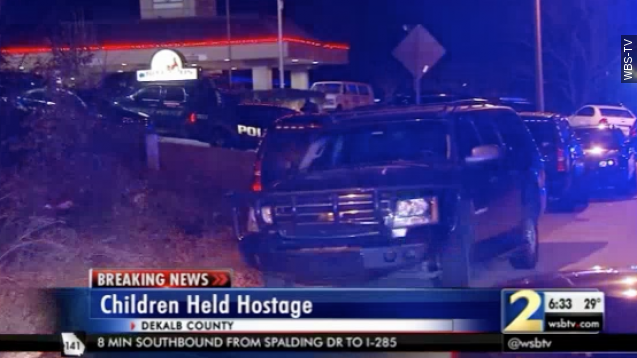 SMS
11 Kids Held Hostage Near Atlanta Freed After Suspect Stabs Himself
By Ben Lawson
By Ben Lawson
January 5, 2016
A five-hour hostage standoff at a hotel in Georgia involving 11 children is over.
SHOW TRANSCRIPT

A hostage situation in Dekalb County, Georgia, near Atlanta, involving 11 children is over after police say the suspect stabbed himself in the neck.

Officials say a man armed with a knife held a woman and 11 children in a hotel room for more than five hours. The children are as old as 17 and as young as three months.

There's no word yet on what caused the incident. Police told WAGA they became aware of the situation after a woman called 911 after some kind of dispute.

Police say the suspect stabbed himself when they entered the room. He was taken to a nearby hospital in critical condition. No one else was injured in the incident.