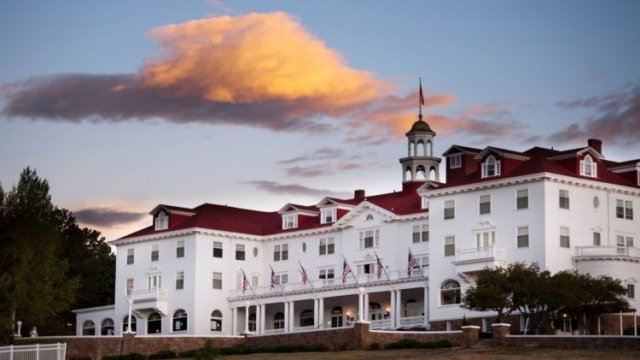 If staged haunted houses aren’t spooky enough for you, check into one of these haunted hotels for a frightful night to remember.

If you’ve graduated from Halloween's staged haunted houses and their almost predictable jump scares, you’re ready for an unscripted spooky slumber party with ghosts at a haunted hotel.

At the country’s most historic hotels, some guests have never checked out, their spirits purportedly lingering on the hotel grounds and playing pranks on travelers — like pulling sheets off the bed in the middle of the night and causing lights to mysteriously flicker on and off.

Book a room at one of these 11 U.S. hotels that are rumored to be haunted and enjoy a spirited stay — if you dare. Oh, and to really get in on the fun, don’t forget to pack your electromagnetic field detectors. 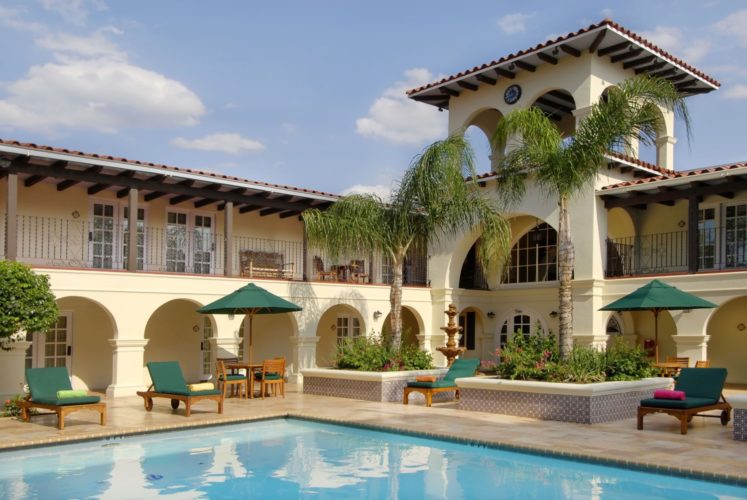 La Posada Hotel is a Spanish Revival-style boutique hotel that’s perched on the banks of the Rio Grande River and that once served as a school and a convent for the Sisters of Divine Providence. Over the years, hotel guests have reported seeing the likeness of a little girl with pigtails skipping through the lobby and a restless nun haunting the hotel. Security cameras even captured a dark figure floating 10 feet above the ground, according to the hotel. Other ghostly encounters guests have experienced include cold spots, moving objects and the sound of footsteps in the seemingly empty ballroom.The haunts don’t stop in the hotel, though: La Posada also houses the Republic of the Rio Grande Museum that’s filled with artifacts from the 1800s. Inside the museum, a cradle is known to start rocking all by itself, and a museum voice box intended to narrate the exhibits turns on randomly. A team of paranormal investigators confirmed significant activity in the museum in 2010. 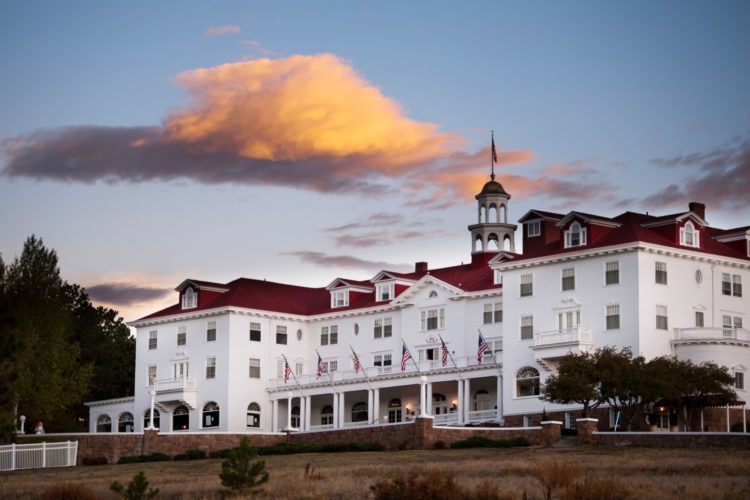 During a stay in room 217 at The Stanley Hotel, horror author Stephen King jolted awake from a nightmare that inspired him to pen “The Shining.” The Colonial Revival-style hotel has a commanding presence in Estes Park, which is a gateway to Rocky Mountain National Park and a notable destination for paranormal investigators because it partially sits on a quartz and limestone mineral belt that they say helps retain residual energy, making it conducive for ghostly activities.

As for The Stanley itself? It’s been referred to as a “Disneyland for ghosts” with the central staircase a place where camera-ready guests capture lots of orbs. The hotel has been featured on episodes of “Ghost Hunters,” and visitors can embark on a Spirited Night Tour that relays the historic property’s spirited folklore.

Interesting fact: The movie adaptation of “The Shining” includes exterior shots of the Timberline Lodge in Oregon. However, you might recognize the stately Stanley from a scene in “Dumb and Dumber.” 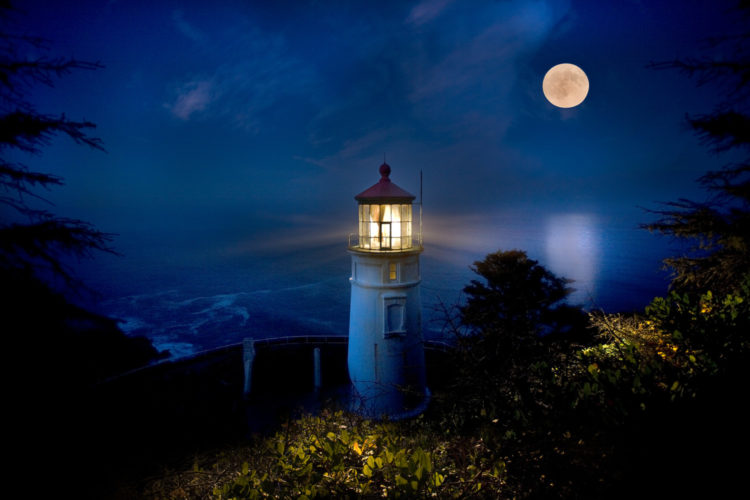 The Heceta Lighthouse keeps watch over the scenic Oregon Coast where Pacific waves crash against the rocky cliffs.

Those looking for a unique stay with surreal views can check into the old lightkeeper’s quarters at this historic red roof lighthouse. One caveat: You might run into Rue, the wife of an 1890s lighthouse keeper named Frank DeRoy. Lore has it that Rue had a daughter who died tragically during her time there. Guests have reported the scent of flowers or a rose perfume wafting in the air and have noticed imprints on their beds appear out of nowhere. 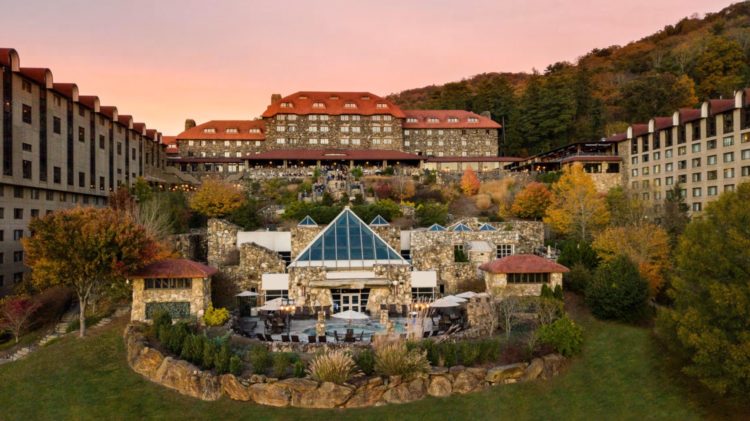 A strange but gentle spirit known as the “Pink Lady” has haunted The Omni Grove Park Inn for decades, according to hotel rumors. It’s believed that she was a “guest of a guest” during the 1920s, falling over the edge of the balcony and meeting her demise on the Palm Court floor. Details of her death are unconfirmed as it’s unknown whether she jumped, fell or was pushed. But since her untimely passing that’s shrouded in mystery, guests have reported seeing a pink mist or an apparition of a young woman with long hair wearing a pink gown. 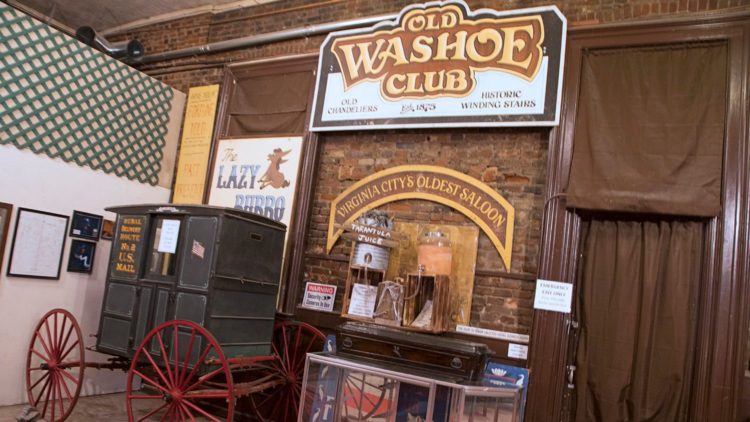 Paranormal investigators from “Ghost Adventurers” claim to have come across the “most compelling paranormal evidence ever captured” at Virginia City’s Washoe Club. The epitome of a boom-and-bust mining town, miners went from rags to riches in Virginia City when they struck silver and gold in the resource-rich Comstock Lode.

But this frozen-in-time ghost town outside of Reno had lots of Wild West drama that’s ready-made for ghost stories, including a fire that ravaged the town, a red light district, lover’s quarrels and fatal mining accidents.

For an immersive experience, the Washoe Club offers daily ghost tours or, for $400, your group can get access to all three floors of the hotel, the crypt and the spiral staircase for an full-on investigation. 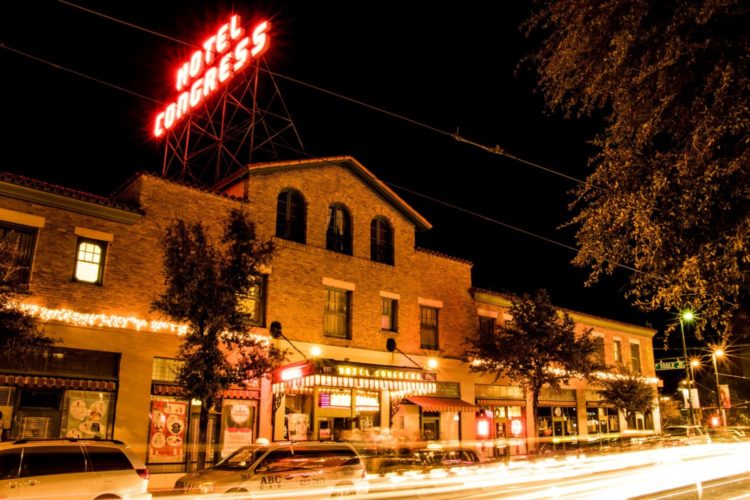 In the heart of Tucson’s downtown, Hotel Congress was built in 1919, and during its century-long history it survived a massive fire and has been a hideout for outlaws like John Dillinger.

The second floor is rumored to be the most haunted, with guests in room 242 reporting being awakened by a woman in a long white dress sitting at the foot of the bed. From the plaza, guests have reported seeing a man lingering in the window of room 214 wearing a seersucker suit, despite the room being vacant at the time of the sightings. 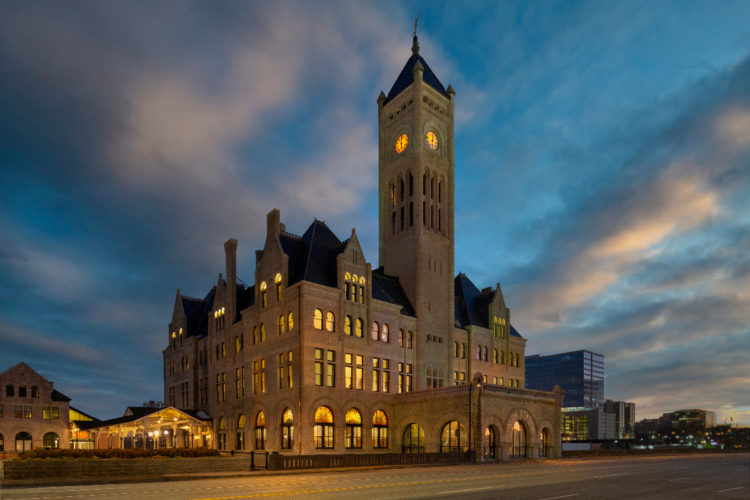 Originally a train depot on the L&N Railroad, Union Station today is a beautifully restored boutique hotel that preserves Romanesque architecture and features a stained glass ceiling. It also holds a ghost story, as the legendary room 711 is purportedly haunted by a spirit named Abigail who came to the Union Station depot during World War II to see off her beau. After learning he was killed in battle, it’s said Abigail returned to the railway station and threw herself in front of a train.

Over the years, guests have reported hauntings, including flickering lights and sudden plunges in temperature. One traveler staying in room 711 told the hotel staff he heard what sounded like furniture dragging overhead, though the room is on the top floor of the hotel. 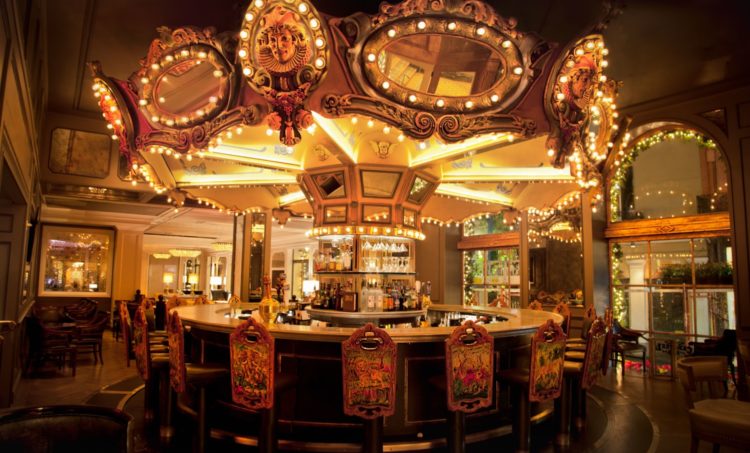 Above-ground tombs, 18th century vampires, voodoo spells and a steady stream of ghost tours in the French Quarter? It’s no wonder New Orleans is known as one of the most haunted places in America and is a notable filming destination for occult-themed shows and films like “American Horror Story Coven.”

While just about every bar and hotel in the Big Easy has its own collection of ghost stories (some bartenders even leave out sips for their resident spirits), Hotel Monteleone, which is anchored by a Carousel Bar, is known for being one of the premier haunted hotels in New Orleans. The ghostly occurrences are common, here, including a restaurant door that opens almost every night even though it’s locked, according to the hotel.

The hotel also claims it’s also haunted by a friendly toddler named Maurice who died of a fever-induced convulsion while his parents were at the opera and he was entrusted in a nanny’s care. His distraught parents returned to the hotel seeking a visit from his spirit, and Maurice appeared to his mother near the room he died in and said, “Mommy, don’t cry. I’m fine.” Other hotel guests have reported witnessing the toddler on the 14th floor (which is actually the 13th floor). 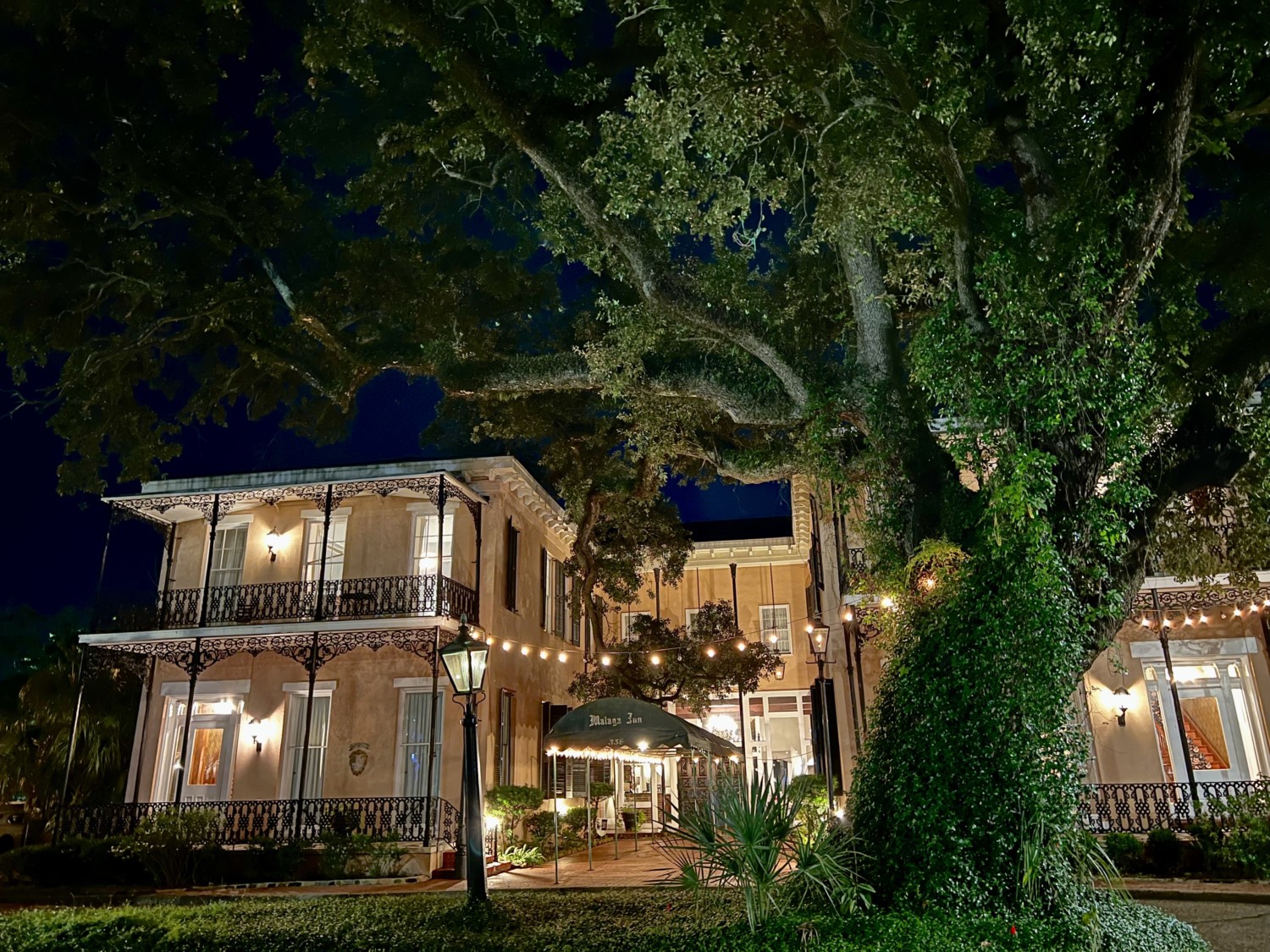 Built on top of a secret tunnel that was rumored to be a hiding spot for soldiers during the Civil War, the Malaga Inn was originally a pair of newly constructed twin mansions that were gifted to a set of sisters as a wedding gift. But could it be the sisters have never abandoned their living quarters? Guests at the 39-room boutique inn have reported seeing a woman in white pacing on the balcony of Room 7, seen chandeliers swinging and furniture moving on its own. Rumored to be one of the most haunted stays in the South, the Malaga Inn was even the setting for a reality TV drama about haunted hotels. 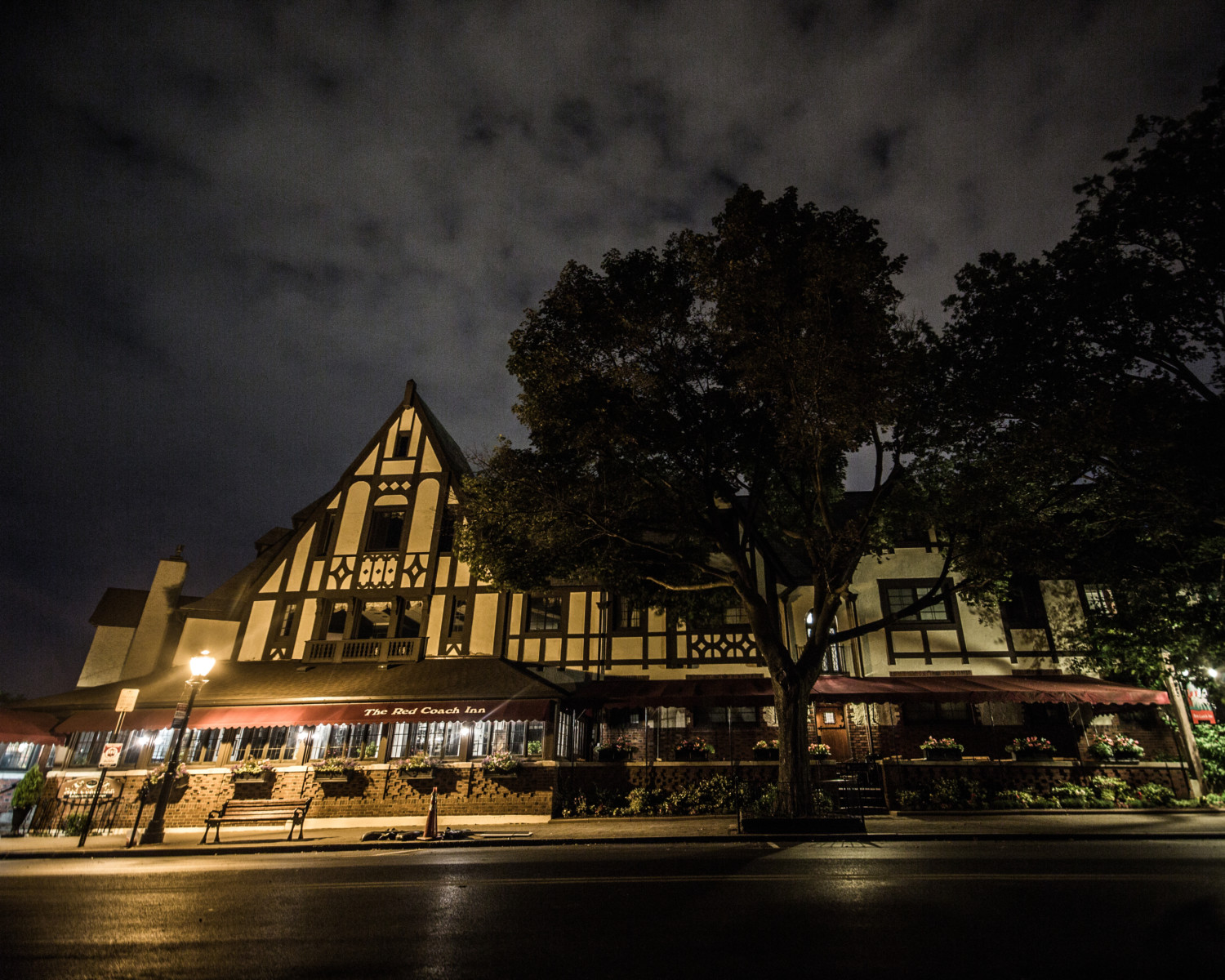 For a ghost-themed trip, you can seek out all types of destinations along New York State’s Haunted History Trail. Some of the highlights include the Belhurst Castle in Geneva, where the Isabella Spa and Salon is named after the castle’s most famous ghost, and Miles Wine Cellars in Himrod, where strange happenings like slamming doors and unexplained footsteps occur.

At the English Tudor-style Red Coach Inn that overlooks Niagara’s Upper Rapids, guests have reported paranormal encounters like jewelry moving across dressers and, despite being on the top floor, hearing people dancing above them. 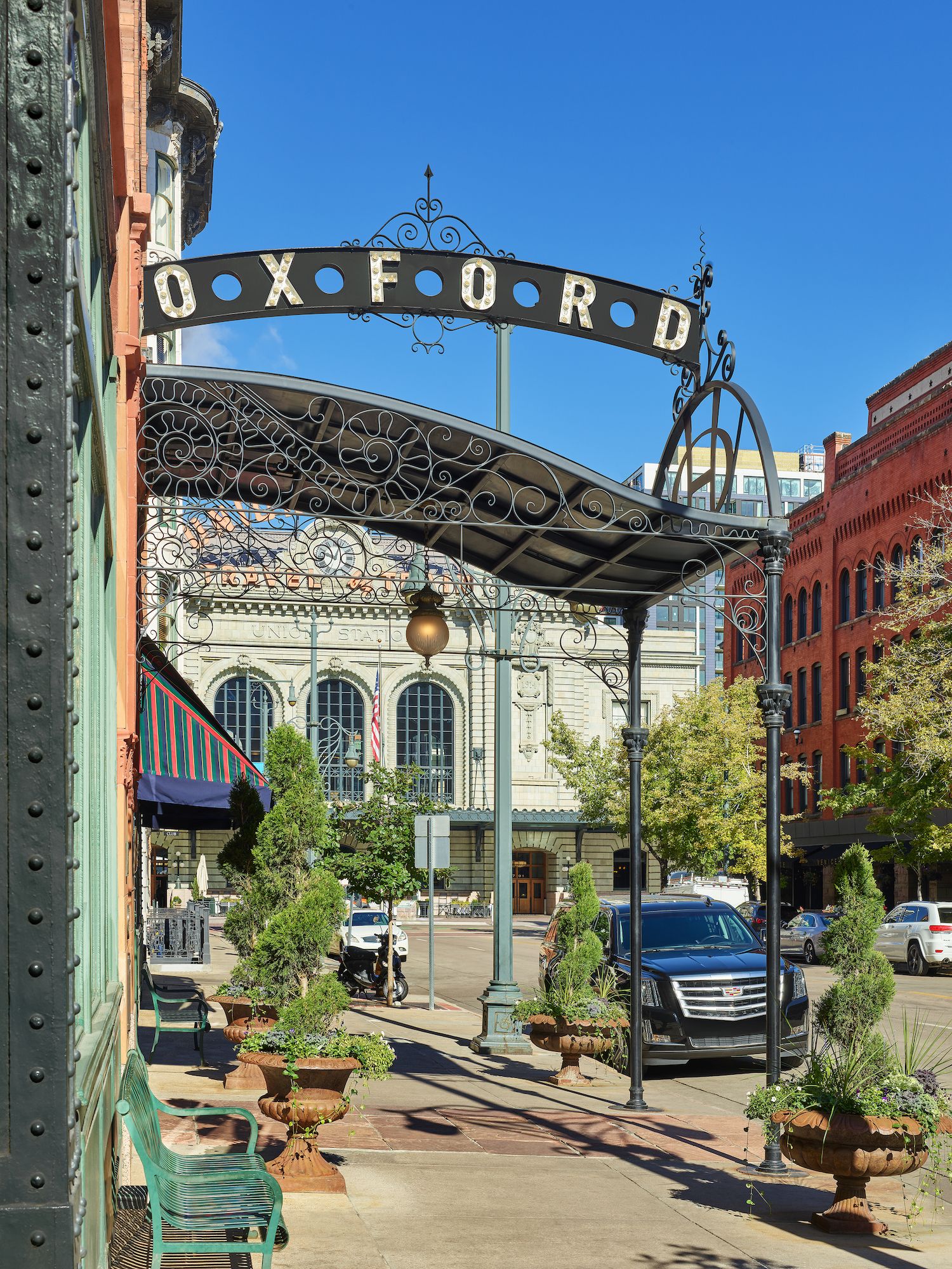 The Oxford Hotel in Denver, Colorado

Back in 1898, Florence Montague shot and killed her philandering husband in Room 320 at The Oxford Hotel before taking her own life. To this day, single male guests who stay in the room have reported being taunted by the ghost of Florence, who is rumored to pull sheets off the bed and turn the lights and bathroom faucets on and off.

For more haunts, the hotel’s bar The Cruise Room is reportedly home to a post office ghost who mutters “the children, I have to get the gifts to the children.” According to historical accounts from the hotel, a mailman en route to deliver Christmas presents to children in the mountain town of Central City got stuck in a snowstorm and never made it.

Will airlines be ready for the holiday rush after a summer bummer?

The average cost of a flight is higher this year than last, with fewer workers and fewer flights adding to the issue.