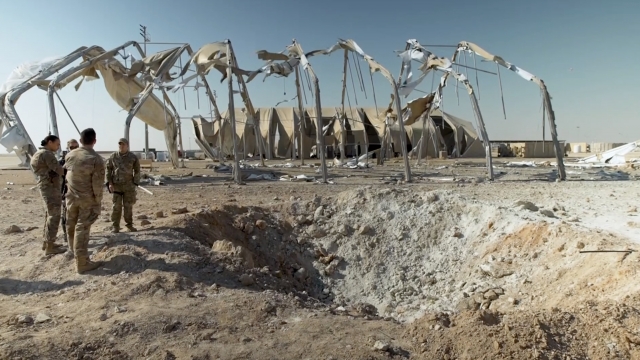 The Pentagon says more than 100 U.S. service members have been diagnosed with mild traumatic brain injuries after a missile attack in Iraq last month.

The Defense Department previously said 64 people had brain injuries. As of Monday, 109 service members had been diagnosed and 76 of them had been treated and returned to duty, according to a statement from the Pentagon.

President Donald Trump previously said no U.S. service members were hurt or killed in the attack. When asked again about it, he downplayed the severity of the injuries, calling them "headaches."

Iran attacked a military base in Iraq after the U.S. killed a top Iranian general, which the president authorized.