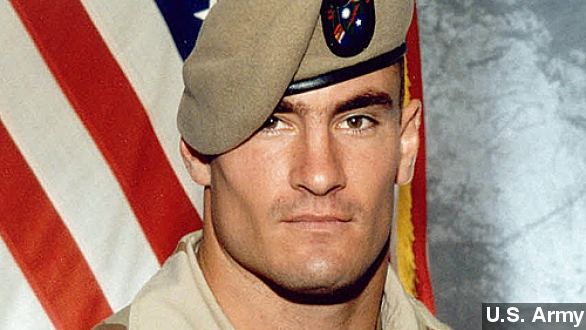 By Jamal Andress
April 22, 2014
April 22 marks 10 years since the death of Pat Tillman, a former Army Ranger and NFL player whose death left an enduring mark on the U.S. Army.
SHOW TRANSCRIPT

April 22, 2014 marks 10 years since the passing of Pat Tillman, a former Army Ranger and professional football player whose death by friendly fire left a permanent mark on the U.S. military.

"My great-grandfather was at Pearl Harbor and a lot of my family has given up, and gone and fought in wars and I really haven't done a damn thing." (Via Arizona Cardinals)

Pat Tillman was drafted by the Arizona Cardinals. He spent four seasons with the Cardinals until 2001. Eight months after the 9/11 terrorist attacks, Tillman turned those words into action turning down a $3.6 million dollar contract with the Cardinals to enlist in the U.S. Army. (Via KNXV)

Tillman's life story was a heroic one. But reports of his death caused a national controversy, and prompted questions over whether the Army had tried to turn Tillman into a propaganda tool for the Afghanistan War.

"Tillman's family was told he charged up a hill forcing the enemy to withdraw and saving his fellow rangers. ... About a month after his death the army announced Tillman was killed accidentally by his own men." (Via CBS)

After the truth about Tillman's death was revealed, it drew the attention of all major media outlets and added to growing skepticism about the war.

Now, 10 years after Tillman's death, Steven Elliot, one of the men who might have fired the fatal shot at Tillman, has spoken out for the first time in an interview with ESPN's Outside the Lines.

Elliot told ESPN, what happened during that mission and the Post Traumatic Stress Disorder that followed pushed him to alcoholism, depression and divorce.

"You just want to tell them how sorry you are, and how inadequate those words feel."

Elliot has since sought treatment for PTSD and remarried his wife.

As for the Tillman family, Tillman's wife started the "Pat Tillman Foundation" which awards scholarships to military veterans.

"I see that there's so much more we can do moving forward." (Via The Pat Tillman Foundation)

One of their biggest events is Pat's Run, which takes place annually in Tempe, Arizona, and raises money for the foundation. This year's Pat's Run will take place April 26.