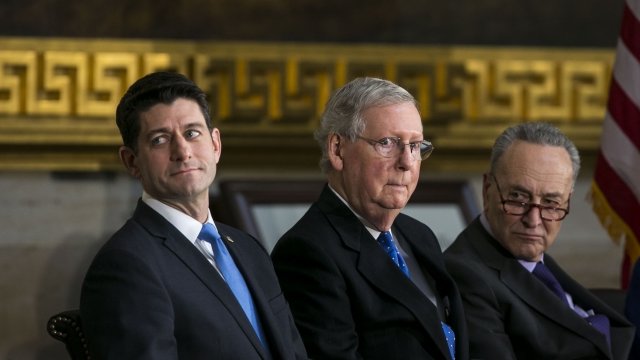 On the left, Sens. Doug Jones, Joe Donnelly, Claire McCaskill, Heidi Heitkamp and Joe Manchin voted with Republicans on the spending bill. That's likely because the lawmakers are up for re-election in red states, or because they represent Trump strongholds.

On the right, Sens. Mitch McConnell, Lindsey Graham, Jeff Flake, Rand Paul and Mike Lee voted "no." The Hill reports McConnell voted that way for the procedural right to bring up the bill later. 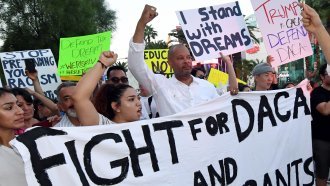 Graham and Flake's "no" votes side more with Democrats, though. They cited the fact the bill doesn't include protections for Deferred Action for Childhood Arrivals, or DACA, recipients. The future of that program still isn't clear.

Early Saturday morning, Flake and Graham said Senate leadership promised to give a bipartisan legislative fix for DACA by Feb. 8. As part of the deal, the two Republicans and some Democrats may agree to re-open the government.

Senators told Politico that McConnell wouldn't agree to that demand, and House Speaker Paul Ryan said the Senate needed to fund the government until Feb. 16 first.