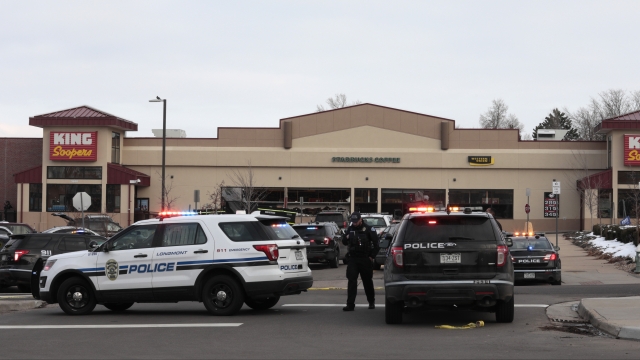 Ten people are dead in Boulder Colorado after a shooting at a grocery store yesterday.

Among those dead is police officer Eric Talley. He was the first to respond to the scene. Hundreds of police officers from the area responded to the attack yesterday afternoon.

Police say a suspect is in custody. And while they did not give any identification. they did say the person was injured and is receiving medical care.

People who were in the store are asking themselves how something like this could happen in their community.

"It doesn't feel like there is anywhere safe anymore sometimes, and this feels like the safest spot in America," said Ryan Borowski, who was in the store during the shooting. "I just nearly got killed for getting a soda and a bag of chips."