Some Electors Want A Briefing On Russian Hacking Before They Vote 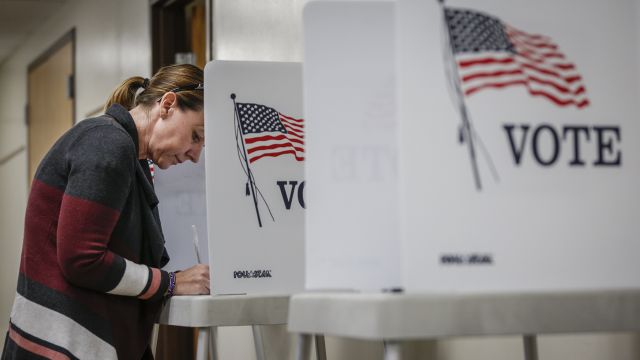 Ten Electoral College members wrote a letter to the director of national intelligence asking for a security briefing before Dec. 19.

Some Electoral College voters are demanding an intelligence briefing before they cast their ballot for president of the United States.

Nine Democrats and one Republican sent a letter to Director of National Intelligence James Clapper.

The electors say they want to know anything the intelligence community knows regarding potential ties between Donald Trump and Russia's interference in the U.S. presidential election before they cast their vote Dec. 19.

That includes any contact Trump's campaign had with Russia, his business ties with Russia or anything else that could impact the electors' decision on "whether Mr. Trump is fit to serve as president of the United States."

The letter outlines several concerns with various reports of Russian involvement in the presidential election, including Trump's behavior when discussing the topic.

The Clinton campaign didn't waste much time backing this effort, with campaign chairman John Podesta saying, "We now know that the CIA has determined Russia's interference in our elections was for the purpose of electing Donald Trump."

But these are 10 electors out of 538, and Trump only needs 270 to vote in his favor to lock in his claim on the presidency.

The growing concern Russia helped boost Trump's chances through hacking and fake news has a lot of politicians on both sides calling for more intelligence information.

GOP leaders including Senate Majority Leader Mitch McConnell of Kentucky and Sen. John McCain of Arizona joined Democratic leadership to call for an independent probe into Russia's alleged interference, saying it "should alarm every American."