10 Dead After Train Derails In France 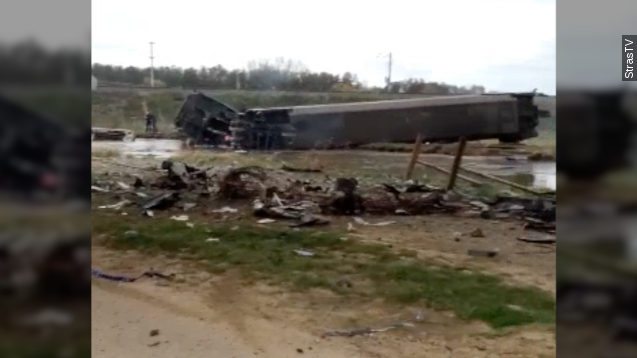 Ten people are dead and 32 are injured after a train derailed in France.

The train ended up catching fire and becoming partially submerged in a canal. A reporter with French newspaper Dernieres Nouvelles d’Alsace saw injured people taken away by helicopter.

The crash happened during a test run of the Paris-Strasbourg high-speed line near the German border. Officials say it was caused by "excessive speed."