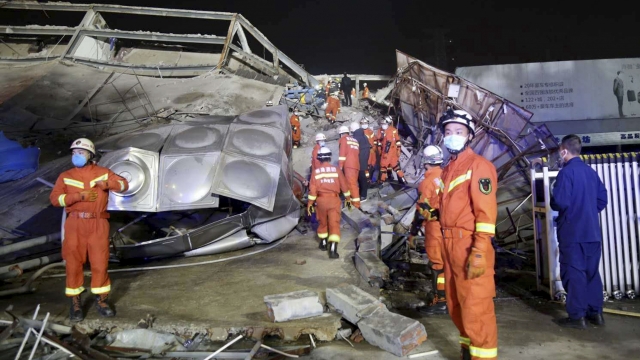 Eighty people were inside of the Quanzhou city hotel when it collapsed Saturday night.

10 people have died and 23 are missing after a Chinese hotel being used as a coronavirus quarantine center collapsed Saturday.

Eighty people were inside of the Quanzhou city hotel when it collapsed Saturday night. More than 1,000 firefighters and seven rescue dogs searched through the rubble to rescue dozens of people from the building.

The building had been converted to a hotel in 2018. Investigators are trying to determine whether the collapse happened because of the remodeling work or because of previous structural issues. Officials say most people in the hotel had tested negative for the coronavirus.