Is There Really $1 Trillion In Unspent COVID Aid? Not Quite 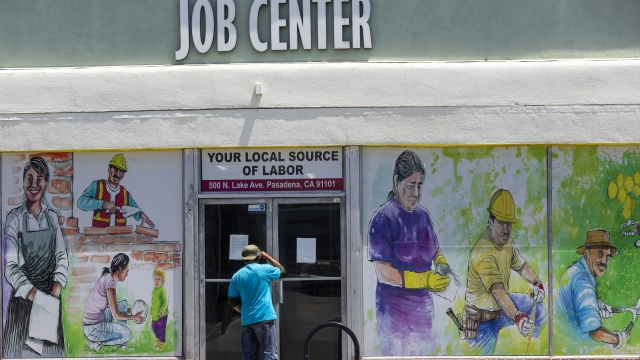 Republicans opposed to the new coronavirus economic stimulus and relief package claim there is $1 trillion in federal funds left over from previous rounds of pandemic relief.

"What should shock taxpayers across the country is that $1 trillion of COVID relief still remains unspent," said Republican Rep. Ted Budd of North Carolina.

But Newsy found it’s too simple to say $1 trillion is unspent.

"It’s not as if there’s a trillion dollars sitting in a pot somewhere," said Marc Goldwein, who tracks federal COVID relief at the nonpartisan Committee for a Responsible Federal Budget.

The group has accounted for how $3.1 out of $4.1 trillion approved by Congress has been disbursed since the pandemic began.

Rather than unspent, the fate of those dollars is unknown for now, Goldwein said.

"There’s $1 trillion we can’t track the spending of, about 10 percent of that is money where there’s just no good data," Goldwein said.

The federal government’s own spending numbers haven’t been updated since Jan. 31.

It’s still safe to say that a chunk of $1 trillion has not been distributed yet.

Unlike stimulus checks that get injected into bank accounts right away, some assistance has been designed to go out gradually over months and even years.

Benefits like paycheck protection loans are drawn down bit by bit as people apply for them and the government determines who is eligible to receive them.

Tax breaks will be sent after Americans file their returns this season.

"It’s not clear how much of this is never going to be needed versus money that just hasn’t been allocated yet," Goldwein said.

On paper, it looks like the U.S. Department of Education has tens of millions of dollars untouched, money critics say could help reopen schools, but much of it has been promised to districts that will seek reimbursement for dollars they’re spending now.

"Questions about why the money is not spent miss a fundamental understanding of how states and districts plan their budgets and resources," a department spokeswoman told Newsy.

It’s also possible there will be unspent federal aid when the pandemic ends.

With the economy bouncing back, certain programs may see less interest than Congress initially expected.

The Small Business Administration has not yet reported spending a hefty $275 billion in the Economic Injury Disaster Loan program.

"There’s just been very slow pickup on this in part because small businesses have other options," Goldwein said.

Democrats argue there are many programs, including expiring unemployment benefits, that need a new infusion of dollars with no time to wait for all previously approved aid to be spent.