2 Dead After School Bus Collides With Truck In New Jersey 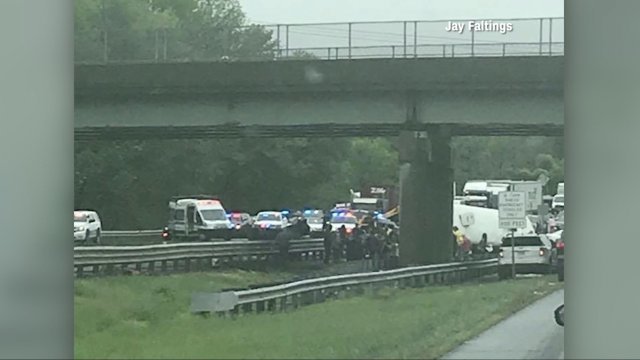 SMS
2 Dead After School Bus Collides With Truck In New Jersey
By Austin Kim
By Austin Kim
May 17, 2018
Two people were killed and dozens were injured after a school bus and dump truck collided in New Jersey.
SHOW TRANSCRIPT

One student and one teacher were killed after a school bus and a dump truck collided in New Jersey on Thursday.

New Jersey Gov. Phil Murphy said the bus was carrying 38 middle school students and seven adults. Forty-three of the 45 people were hurt, and some are in critical condition. The governor said the students were on their way to a field trip.

The bus was traveling from East Brook Middle School in Paramus, New Jersey. Officials say school will be in session on Friday with grief counselors available. They did not release more details about the incident.