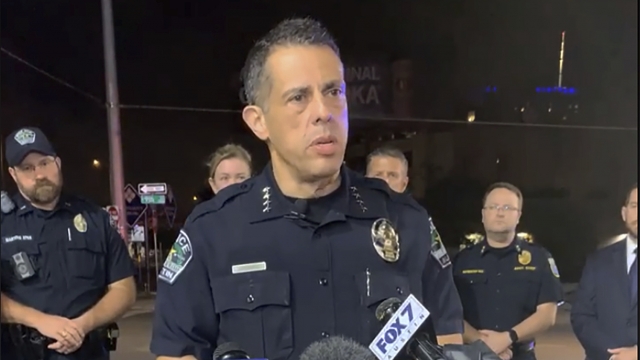 One person has now died after a mass shooting in downtown Austin, Texas.

On Saturday, 14 people were hurt during the shooting. Twenty-five-year-old Douglas John Kantor died from his injuries Sunday.

Police said one person has been arrested and that it appears the shooting was between two parties and was an isolated incident.