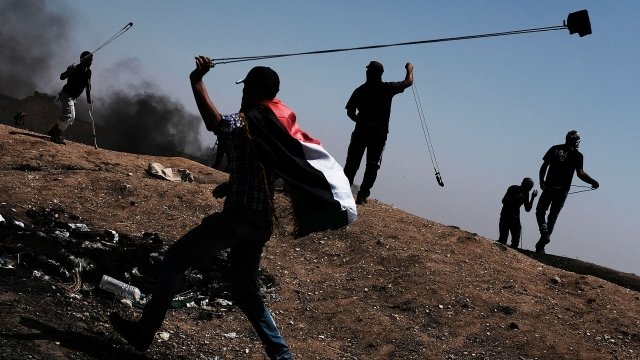 One person has reportedly been killed, and over 100 others wounded after Israeli forces fired live ammunition across the border into the Gaza Strip on Friday.

Gazans have been rallying along the border with Israel every Friday for weeks and are demanding the right to return to lands they say they controlled before Israel claimed them.

The Israel Defense Forces said on Twitter that troops fired on today's protest "in accordance with the rules of engagement" to disperse what it called a riot.

A large protest is planned for Tuesday, the anniversary of the displacement of Palestinians from what's now Israel.

The leader of the Gaza Strip said next week's protests would be peaceful but also compared demonstrators to "starving tigers," possibly foreshadowing a tense confrontation at the border.