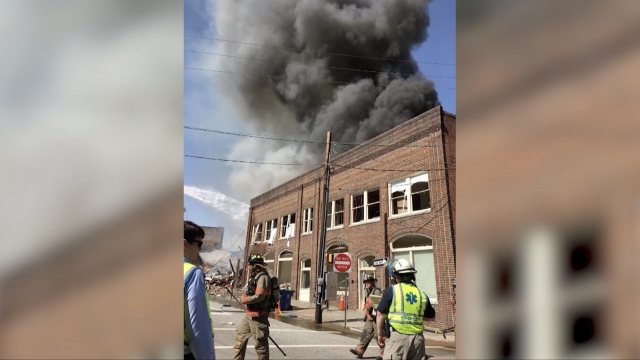 Police say one person is dead and more than a dozen are injured after a gas explosion in downtown Durham, North Carolina. The mayor said there could be more casualties.

A Durham police spokesman said the blast happened at around 10 a.m. local time at a building in the Brightleaf Square area. That building had a coffee shop, a mental health clinic and other businesses inside.

A police department official said: "A gas leak was caused by a contractor who was boring under the sidewalk. He hit a 2-inch gas line, which caused an explosion and also a partial building collapse."

Officials say four other buildings were damaged and 17 people were sent to the hospital, including a firefighter who had serious but not life-threatening injuries.

One witness told CNN "half the block is destroyed." Another said the site looked like a war zone.

A school nearby, the Durham School of the Arts, said no one there was hurt but it was sending students home early. An investigation is underway, and parts of downtown will be closed.