1 Dead, Many Feared Trapped After Bridge Collapse In India 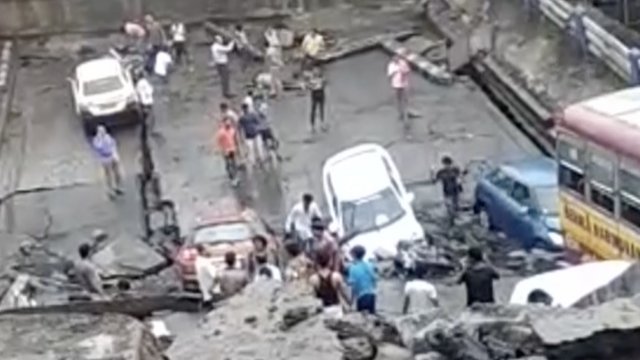 SMS
1 Dead, Many Feared Trapped After Bridge Collapse In India
By Ahmed Jawadi
By Ahmed Jawadi
September 4, 2018
The bridge stood over rail tracks in one of the busiest areas in the city.
SHOW TRANSCRIPT

A bridge in south Kolkata, India, has collapsed, with one confirmed death and several others feared still trapped underneath the rubble.

Rescue teams, including the Indian army and the National Disaster Response Force, have been sent to help recover those trapped by the rubble. According to fire brigade personnel, 25 people have been pulled out from the debris so far.

It's not immediately clear what caused the collapse. The chief minister of West Bengal said in a tweet: "Our priority is relief and rescue. Rest of the investigation will be done later." She also reportedly ordered a probe into the incident, saying in a press briefing, "No one ... held negligent will be spared."

The events echo a similar tragedy back in 2016, when another bridge in Kolkata collapsed while under construction, killing 20 people.