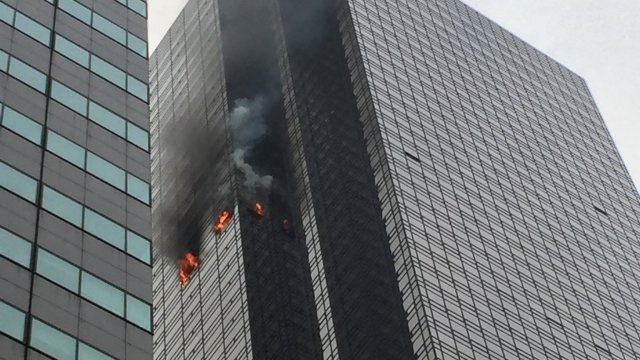 SMS
Fire At Trump Tower Leaves 1 Dead, Several Injured
By Ethan Weston
By Ethan Weston
April 8, 2018
No member of the president's family was at the tower during the fire.
SHOW TRANSCRIPT

The fire engulfed a large apartment on the 50th floor. At the time the building was constructed, the city didn't require every unit have sprinklers, so this unit didn't have one.

President Donald Trump has a home in the tower, but no one was there at the time of the fire. Firefighting crews reportedly checked in on the unit and said it seemed fine.

The president tweeted a thank you message to New York City firefighters. Authorities are investigating the cause of the fire.