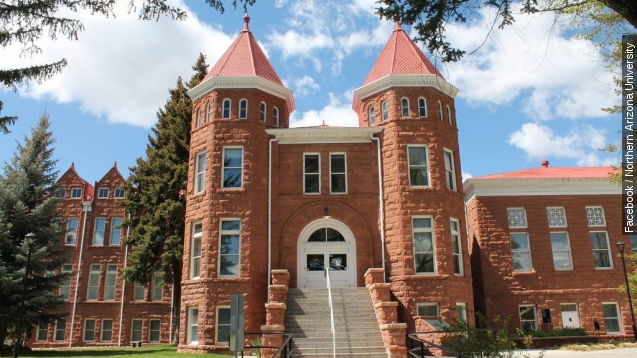 At least one student is dead and three others are injured after a shooting on Northern Arizona University's Flagstaff campus early Friday morning.

According to a statement from school officials, the incident took place around 1 a.m. outside Mountain View Hall, a residence hall that houses many of the school's sorority and fraternity members.

Authorities say the gunman was taken into custody and didn't flee. The three injured are being treated at a nearby hospital and their conditions are still unknown.

During a press conference later that morning, NAUPD Police Chief JT Fowler said a confrontation happened between two student groups, but he didn't know whether or not fraternities were involved at this time. He said all of the victims were male. (Video via KNXV)

Fowler also said he believed the student who was fatally shot was a freshman.

One of the school's sororities tweeted, "Thoughts and prayers out to the brothers of Delta Chi. The Greek community is here for you."

That tweet was later taken down, and the Delta Chi fraternity has yet to comment. Northern Arizona University and Flagstaff police are continuing to investigate.