1.7-Million-Year-Old Bone Shows Cancer Has Been Around For A Long Time 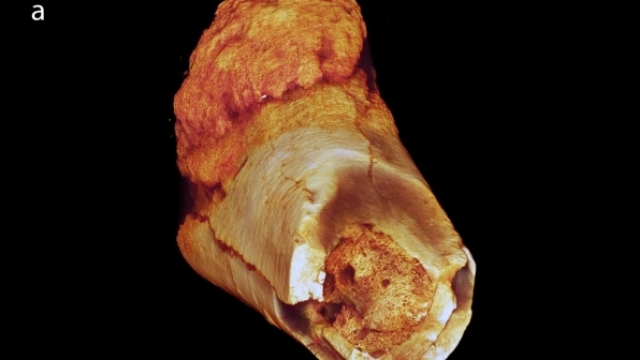 Cancer might be an older disease than some research has lead us to believe  — at least that's what a new study says.

"Recent studies on Egyptian mummies failed to identify traces of cancer, leading some researchers to suggest that it wasn't present in the pre-modern world. This study falsifies that," researcher Edward Odes said in a University of the Witwatersrand, Johannesburg video.

The study shows evidence of a type of bone cancer in a more than 1-million-year-old toe found in South Africa. Researchers say it marks the earliest identifiable case of malignant neoplastic disease in an early human ancestor.

SEE MORE: Coffee Is No Longer On WHO's List Of Cancer-Causing Substances

The main takeaway from the researchers' argument is that modern society didn't invent cancer, but environmental and lifestyle changes might have increased its frequency.

The study also points out that higher cancer rates in modern lifestyles may also be attributed to increased life expectancies.