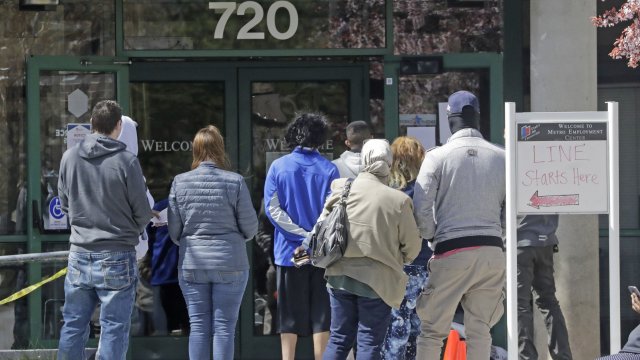 The report exceeded economists' expectations of 1.3 million. It also brings the total number of unemployment claims to over 45 million since President Trump declared a National Emergency in mid-March. And many Americans are still having difficulty filing for benefits, with long lines at unemployment offices.

This was the 11th week of declining claims, and most economists expect the weekly numbers to keep falling, especially as some states continue to reopen. A retail rebound in May was also a positive indicator for the recovery. But some experts are still warning that unemployment is here to stay for a while.

“Even with that growth, we're going to end the year with an elevated unemployment rate,” Federal Reserve Bank of Dallas President Robert Kaplan told CBS News.

And the surge of new cases in nearly a dozen states remains a concern moving forward, with Texas reporting a record high earlier this week.