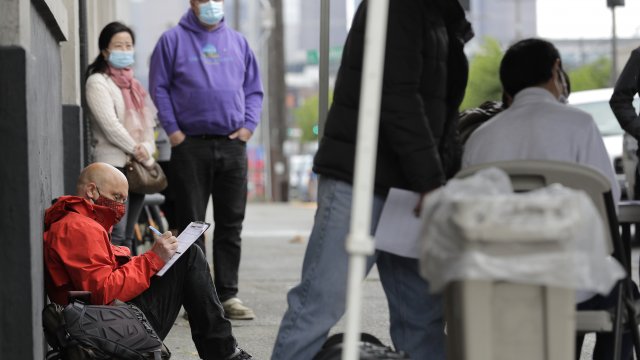 1.31 million Americans filed jobless claims last week, down from 1.43 million in the week prior. Claims have been falling for months now, but over 48 million Americans have filed for unemployment since the pandemic began.

These numbers come a week after the better-than-expected monthly jobs report for June, showing 4.8 million jobs added to the economy. But the future of that momentum is in question as the number of new COVID-19 cases rises.

On Wednesday, Johns Hopkins reported over 58,000 new cases in the U.S. — just below the daily record set earlier this week. States have been adjusting their reopening plans, which could keep many Americans from getting back to work.

Several large employers have already signaled trouble ahead. United Airlines told 36,000 employees they could be furloughed in October. And clothing retailer Brooks Brothers filed for bankruptcy.