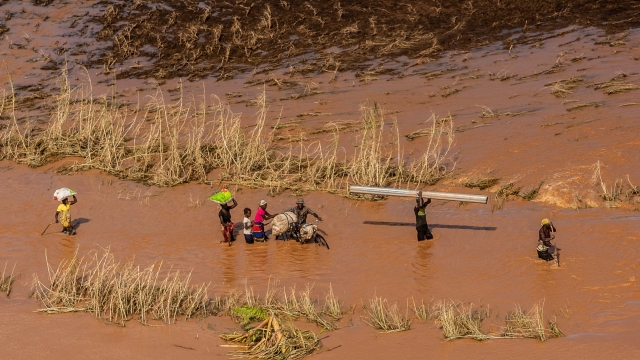 The international community is coming to the aid of Mozambique after two deadly cyclones devastated towns and infrastructure in the southern African nation this year.

A two-day conference in Mozambique ending Sunday generated $1.2 billion in international donation pledges to help the country recover, according to the United Nations Development Program.

UN General Secretary António Guterres called for an outpouring of support for the nation "that has suffered one of the worst environmental disasters ever experienced in Africa."

In March, Cyclone Idai blew in from the Indian Ocean and lashed Mozambique, Zimbabwe and Malawi, killing more than 1,000 people. About a month later, Cyclone Kenneth struck Mozambique, destroying entire villages with winds up to 174 miles per hour.

Mozambique says it needs more than $3 billion to rebuild. But one official for the UN Development Program says it's not just about rebuilding this time around.

Noura Hamladjj said: "Mozambique is prone to climate change disasters, and those cyclones were not a one-time event – unfortunately – and the probability of these disasters reoccurring, many times in the future, is very high."

As a result, she says Mozambique needs to "build back better" with improved construction - so that its cities and villages can withstand severe storms in the future.