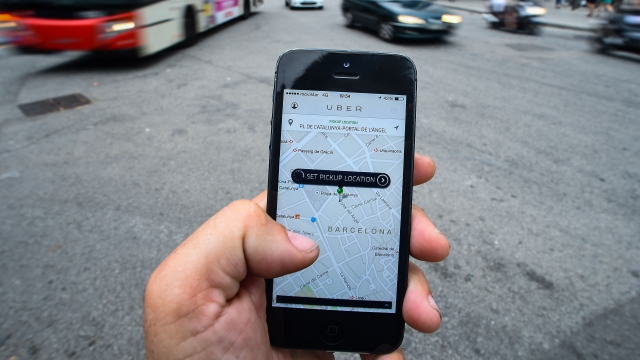 SMS
Uber Gains A Major Ally With Toyota Partnership
By Ben Lawson
By Ben Lawson
May 25, 2016
Toyota is the latest automaker to get behind a ride-hailing service.
SHOW TRANSCRIPT

Toyota just made a major investment in Uber, joining the group of big-name automakers entering into the ride-sharing market.

Toyota announced the partnership Tuesday. The automaker will allow Uber drivers to lease Toyota vehicles with a "flexible" leasing period, and drivers can use their earnings from Uber to cover payments.

The partnership gives Toyota a foothold in the growing ride-sharing industry, and Uber gets a major ally against competitors. The startup is already the largest ride-sharing company out there right now.

But Lyft recently received a $500 million investment from General Motors, and shortly before Toyota's announcement, Volkswagen revealed that it invested $300 million in Gett, a Tel Aviv-based ride-hailing company.

And Didi, a Chinese ride-sharing service, gained a powerful ally with a $1 billion investment from Apple.

Toyota's investment could be significantly smaller than any of those. The Wall Street Journal cites a source who says it is less than $100 million.