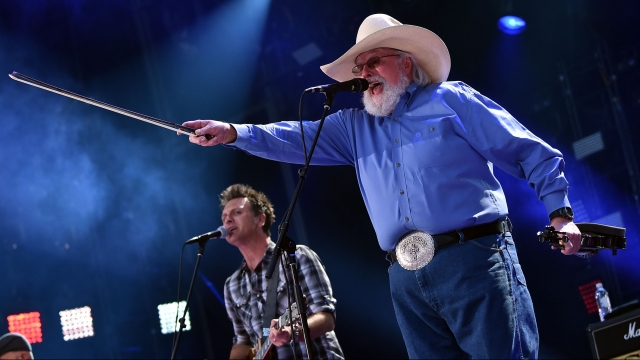 "To the ayatollahs of Iran and every terrorist you enable, listen up. You might have met our fresh-faced, flower child president and his weak-kneed, Ivy League friends, but you haven't met America," country music singer Charlie Daniels said.

Seventy-nine-year-old Daniels isn't a fan of Iran nor President Obama. He made that pretty clear.

The video is part of the National Rifle Association's "Freedom's Safest Place" series, which highlights freedoms it considers threatened. The premise of the video is to remind enemies that America is strong, despite what the NRA deems weak leadership by the president.

Daniels mentions some of the American people Iran hasn't met, including steel workers, mountain men and swamp people "who can wrestle a full-grown gator out of the water."

Last summer, he published an open letter to President Obama on his website accusing him of lying and calling his actions "unbecoming" and "unmanly." Maybe being referred to as a "flower child" isn't so bad.

This video includes clips from the National Rifle Association and images from Marsha Wheatley / CC By 2.0 and  Getty Images.