Lines At Airports Were Too Long, So The TSA Fired Its Security Chief 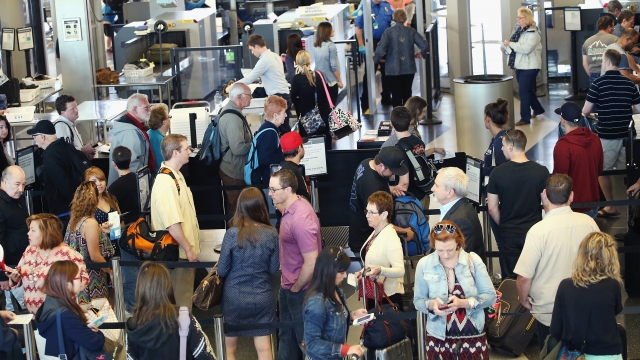 SMS
Lines At Airports Were Too Long, So The TSA Fired Its Security Chief
By Ben Lawson
By Ben Lawson
May 24, 2016
Kelly Hoggan has been removed from his post as the agency's security chief.
SHOW TRANSCRIPT

The Transportation Security Administration replaced its top security official after complaints the agency is both slow and ineffective.

Kelly Hoggan was removed from his post as the agency's security chief. Earlier this month, members of Congress said they were angry to learn Hoggan received a $90,000 bonus package despite reports of problems within the agency.

Travelers have complained this year that wait times at security checkpoints are absurdly long. Some passengers have waited hours to get through, causing them to miss flights.

Making matters worse is a report that undercover auditors with the Department of Homeland Security were able to get fake weapons and other contraband past checkpoints in 67 out of 70 attempts.

There have also been accusations that the agency was punishing whistleblowers within the TSA by forcing them to transfer to new locations.

And Congress has already reallocated $34 million to the TSA so it can hire more staffers to get travelers through security lines more quickly.

This video contains clips from the Transportation Security Administration.