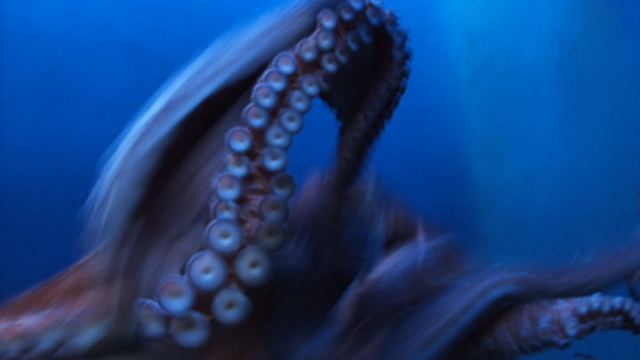 SMS
Climate Change Might Be Helping Octopuses
By Samantha Crook
By Samantha Crook
May 24, 2016
In addition to octopuses, the study looked at other types of cephalopods — including cuttlefish and squid.
SHOW TRANSCRIPT

A new study found the octopus population is on the up and up, and climate change could be helping those numbers.

In addition to octopuses, the study in Current Biology looked at other types of cephalopods — a category of marine life that includes cuttlefish and squid.

The group is really good at adapting. Researchers say even with the effects of climate change on sea temperatures and the documented decline of some fish populations, cephalopod numbers have increased overall in recent decades.

In a statement, the lead author explained it this way: "Cephalopods are often called 'weeds of the sea' as they have a unique set of biological traits, including rapid growth, short lifespans and flexible development."

Researchers looked at catch rates from 1953 to 2013 from "all major oceanic regions." Even though researchers found growth in cephalopod populations, the study actually grew out of concern over declining numbers of giant Australian cuttlefish.

In a press release, a researcher said since the study that cuttlefish population is actually bouncing back.

The impact of the growing numbers of cephalopods is complex. Researchers describe the bunch as "voracious" predators, so the growth might not be great for prey fish.

And even though researchers suggest climate change could help explain the growth, the study says the consequences of human activity, like ocean acidification, could negatively impact the group in the future.