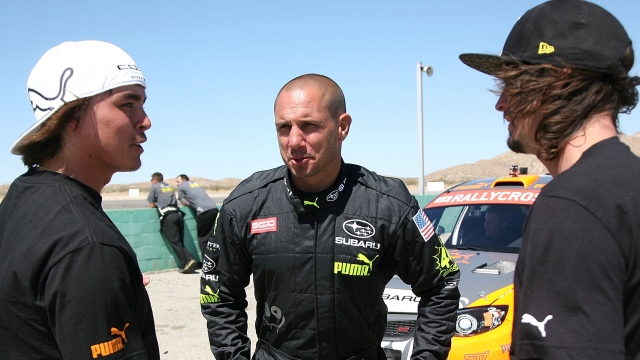 SMS
Doctors Say Dave Mirra Is The First Extreme Athlete Diagnosed With CTE
By Grant Suneson
By Grant Suneson
May 24, 2016
The family of BMX legend Dave Mirra revealed he had the brain disease CTE, which may have contributed to his suicide in February.
SHOW TRANSCRIPT

For years, we've known the brain disease Chronic Traumatic Encephalopathy (CTE) can result from contact sports, like football and boxing, but now there's evidence extreme sports athletes can be at risk as well.

CTE is a degenerative disease that occurs when protein deposits, thought to be caused by repeated head trauma, build up in a person's brain. Those deposits can often lead to dementia and depression. Currently, there's no known treatment, and a diagnosis can only be made at autopsy.

After Mirra's death in February, several medical experts confirmed the diagnosis. Doctors said the proteins found in Mirra's brain were "indistinguishable" from those in the brains of deceased football and hockey players with CTE.

Mirra's was a textbook case of CTE. He reportedly suffered "countless" concussions during his career, and friends and relatives said he was behaving strangely just before he died.

His wife, Lauren, told ESPN: "I started to notice changes in his mood. And then it quickly started to get worse. … We didn't know what we were dealing with."

The risk of concussions in extreme sports is nothing new, since every jump or trick has a chance of going awry and ending in a head injury.

In 2012, BMX star Mat Hoffman estimated he had around 100 concussions in his life, and X Games gold medalist Travis Pastrana told The Los Angeles Times that he'd been concussed "literally on a weekly basis."

Mirra's wife said she hopes her husband's legacy is "the beginning of bringing awareness, of talks of better equipment." She said, "It would be amazing if this is something we can detect in life one day."

This video includes clips from Network A and Rally America, and images from Instagram / davemirra and Getty Images.