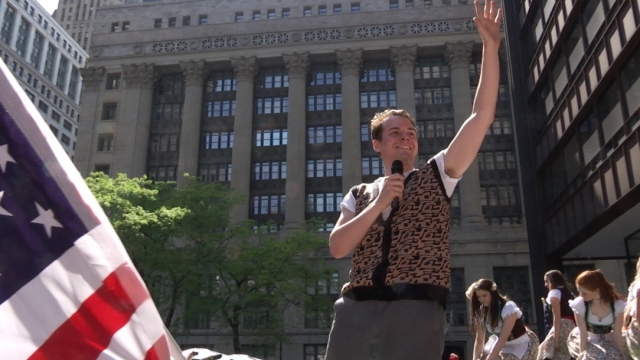 Thirty years ago, film director John Hughes introduced us to Ferris Bueller in "Ferris Bueller's Day Off." The movie is about a high schooler who fakes sick to stay home from school, convinces his best friend to borrow his dad's Ferrari, poses as someone else, crashes a parade and makes it back home before his parents.

So, basically truancy and hooliganism.

We went to Daley Plaza in Chicago during a re-creation of the Von Steuben Day parade to talk to fans about the movie. We discovered that many parade-goers had their own stories to tell about skipping school.