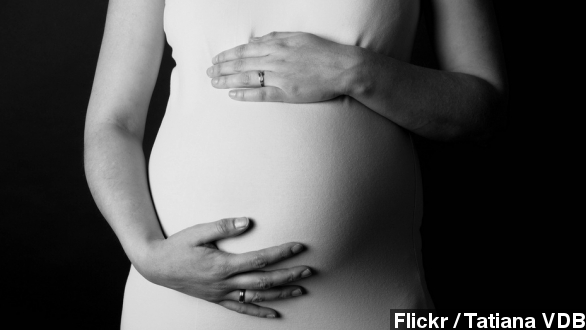 SMS
N.Y. Woman Sues Doctors Over Forced C-Section
By Zach Toombs
By Zach Toombs
May 17, 2014
Rinat Dray says doctors delivered her baby via c-section despite her wishes for a natural birth.
SHOW TRANSCRIPT

A woman is suing a New York hospital and two doctors who went against her wishes and delivered her baby via cesarean section.

Thirty-five-year-old Rinat Dray tells The New York Times she had health issues after having her last two children through C-section, so she planned on having her third through natural birth. But doctors at Staten Island University Hospital told her opting out of a C-section would be tantamount to child abuse and went ahead with surgery.

The hospital's attorney sided with doctors, and one physician wrote in medical records that although “The woman has decisional capacity. I have decided to override her refusal to have a c-section.” (Via RH Reality Check)

In 2012, one-third of U.S. births were done via C-section. The procedure has become ever more frequent over the last 20 years, despite warnings from the World Health Organization that no more than 10 to 15 percent of births should be C-section. (Via Flickr / U.S. Air Force)

Dray's baby was delivered in good health, but, according to court papers, the procedure punctured the mother's bladder. She's now seeking unspecified damages. And The New York Times says the whole incident raises a wider issue.

"Mrs. Dray is suing the doctors and the hospital for malpractice, charging them with 'improperly substituting their judgment for that of the mother' ... (It) raises issues about the rights of pregnant women to control their own bodies, even if that might compromise the life of a fetus."

Ironically, the increased frequency of C-sections is due at least in part to more frequent lawsuits over babies injured during natural births. So, more lawsuits have led to more C-sections, which are shorter and, many doctors consider, less risky.