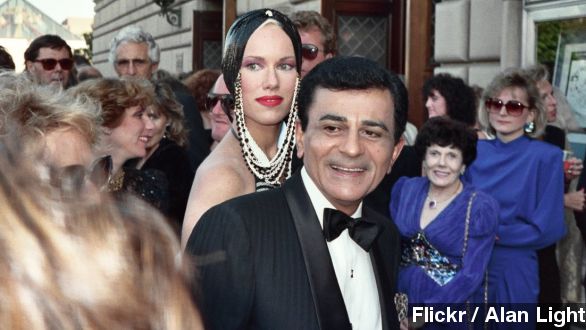 SMS
Radio Icon Casey Kasem Is Missing
By Matt Picht
By Matt Picht
May 12, 2014
The 82-year-old former DJ and voice actor Casey Kasem has gone missing after his wife's lawyer told a judge Kasem had been moved out of the country.
SHOW TRANSCRIPT

Radio icon Casey Kasem has apparently gone missing, and his friends and family are trying to track him down.

Los Angeles Judge Daniel Murphy has asked the court along with Adult Protective Services to investigate Kasem's whereabouts. The 82-year-old Kasem suffers from Parkinson's disease and has been hospitalized previously under the care of his wife. (Via KABC)

Kasem is best known as the radio personality behind the America's Top 40 music countdown franchise, along with similar radio programs. Kasem also did extensive work as a voice actor: he was the original voice of Shaggy from Scooby Doo. (Via National Radio Hall of Fame, CBS / "Scooby-Doo, Where Are You?")

Kasem's family has long been embroiled in a visitation dispute: his children claim Kasem's wife Jean has kept them from their ailing father. Some of Kasem's friends and family staged a protest outside his home demanding access last October. (Via NBC)

And in court Monday, Kasem's daughter Kerri won temporary conservatorship over Kasem from his wife. But when Judge Murphy ordered Jean Kasem's attorney to disclose Kasem's location, the lawyer said Kasem had been "taken somewhere out of the country" and he isn't sure where the former radio host is. (Via Los Angeles Daily News)

Those comments sparked a flurry of concern for Kasem's well-being, from both the judge and from Kasem's children. Kerri Kasem posted on Twitter she believes Jean Kasem "fled the country (or possibly went to an Indian Reservation) with my Dad because she knew I would win in court today. ... Please pray that he is safe."

This is the second legal battle the family has faced over Kasem's welfare and who would be responsible for it. A previous court case filed against Jean Kasem by daughter Julie Kasem was settled by an out-of-court agreement last year. Julie Kasem is now claiming her stepmother is violating that agreement.