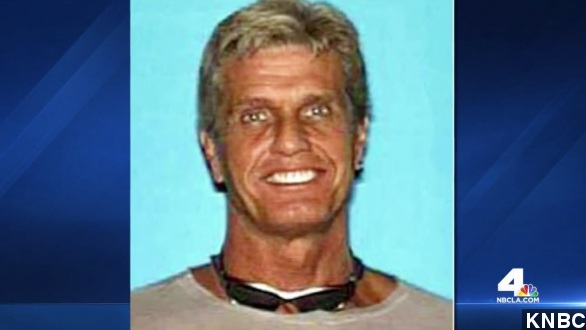 SMS
Film Executive Missing For Two Years Declared Dead
By Collin Ruane
By Collin Ruane
May 2, 2014
A judge in California issued a death certificate for a 20th Century Fox film executive who disappeared back on May 1, 2012.
SHOW TRANSCRIPT

A California judge has issued a death certificate nearly two years to the day after a Hollywood film executive vanished.

"We think he died on the night of his disappearance."

The then 57-year-old disappeared back on May 1, 2012. He was last seen leaving a friend's home that day. KCBS notes even though Smith was declared dead, his body has never been found.

But more than a year ago, KABC reports the missing person investigation had developed into a homicide investigation after police found Smith's car at the storage garage of a man who was already in prison on other charges.

That man is John Creech. According to the Los Angeles Times, while Smith was in rehab, he had some sort of "relationship" with Creech's wife. There hasn't been any reported information on what that "relationship" entailed. Creech told the paper early in the investigation that he had never met Smith before.

KNBC reports Creech is not talking to detectives as they try to get more information on Smith's disappearance. Police have named him a person of interest, but he has not been charged with any crime. Police also say Creech might not have acted alone.