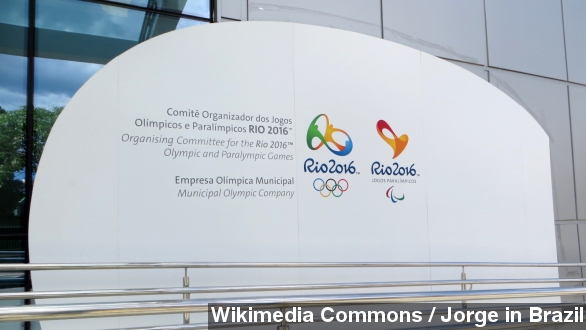 By Briana Koeneman
April 29, 2014
The vice president of the International Olympic Committee says Brazil's preparations for the 2016 Olympic Games in Rio are the worst he's ever seen.
SHOW TRANSCRIPT

Brazil is nowhere near ready to hold the Olympic Games in Rio de Janeiro in 2016 — this according to the vice president of the International Olympic Committee.

During an Olympic forum in Australia Tuesday, John Coates, who is also president of the Australian Olympic Committee, called the delayed preparations for the Rio Games "the worst I've ever experienced."

"The organizers in respect of their venues, particularly in the case of the eight sports at the Olympic Park, really, construction has not commenced there, other than a bit of ground clearance." (Via BBC)

"I think this is a worse situation than Athens. In Athens, we were dealing with one government and some city responsibilities. Here, there's three." (Via Fox Sports)

According to The Guardian, Coates told delegates Brazil is critically behind schedule in its planning just two years before the Games are scheduled to begin and delayed construction is just a part of the problem.

As the BBC points out, Coates claimed the Games' infrastructure is significantly delayed, water quality for the athletes is a major concern and the city has "social issues" that need to be addressed.

But despite these serious concerns, Coates warned that the committee doesn't have a backup plan for another host city.

The Telegraph quotes him as saying, "The IOC has adopted a more hands-on role. It is unprecedented for the IOC but there is no plan B. We are going to Rio."

Coates' blunt comments come as Brazil continues to get backlash for preparation delays for another upcoming, large-scale event — the World Cup.

As the International Business Times notes, FIFA officials have criticized the country for delays in stadium construction and venue deliveries for the event, which starts in just a few weeks.

But as for the Olympics, the IOC has brought in project managers, teams of experts and extra monitors to try to speed up preparations for the 2016 Games.