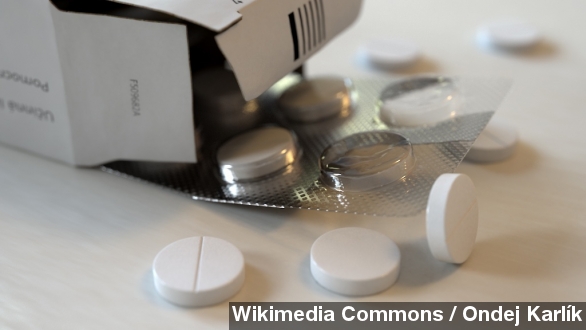 By Briana Koeneman
April 12, 2014
Scientists say a new treatment for hepatitis C could potentially cure the millions of people who are battling the infection.
SHOW TRANSCRIPT

Scientists say a new treatment for hepatitis C could potentially cure the millions of people who are battling the infection.

"Researchers report an experimental oral drug, called ABT-450, has cured more than 90 percent of patients infected with Hepatitis C." (Via KIVI)

According to a study on the new treatment, it has cured 90 percent of previously untreated hepatitis C patients and 82 percent of patients who didn't respond to previous therapy in just weeks. (Via YouTube / hepctv)

Researchers tested the treatment, which is actually a combination of two different drugs, on 380 patients in four countries back in 2013.

They split the trial into two studies — one looked at the effect the drug had on patients over the course of 12 weeks, and the other stretched on for 24 weeks. After 12 weeks, 91.8 percent of patients were hepatitis C-free. And the 24-week study boasted a staggering 95.9 percent of patients cured. (Via New England Journal of Medicine)

The study's lead researcher told the BBC the drug works by zeroing in on the protein that makes the virus and stops it from multiplying. "It is fantastic. I am so excited for the patients. There is finally hope for their future."

According to the Centers for Disease Control and Prevention, around 3.2 million Americans are infected with hepatitis C, but most don't even know it because there are often no symptoms. But if the virus is left untreated, it can lead to serious liver problems or even death.

And treatment's currently available have been painful and expensive. But this new drug could change that.

If it gets approved by the U.S. Food and Drug Administration, ABT-450 could potentially replace Sovaldi, a medication that can cost up to $1,000 a day to use.

And even better? CBS reports none of the trial participants have suffered any adverse side effects from the drug. But some did report experiencing some mild ones like fatigue, headache, nausea and insomnia.

There is currently not a vaccine available to prevent hepatitis C, but doctors say you can protect yourself by avoiding behaviors that can spread the disease. That includes injection drug use.