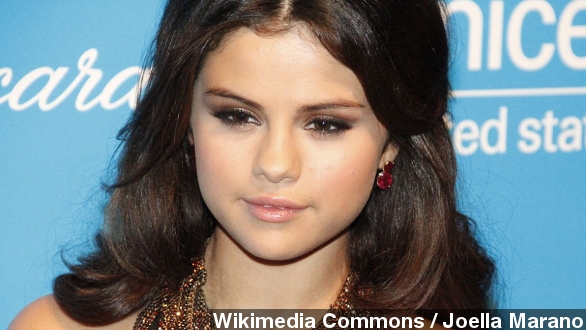 SMS
Selena Gomez Splits With Manager Parents
By Laura Heck
By Laura Heck
April 11, 2014
The split between Selena Gomez and her parents happened last month, and the singer is searching for more professional management.
SHOW TRANSCRIPT

Selena Gomez is going through a breakup, but this one isn't with celebrity boo Justin Bieber.

Instead, the 21-year-old "Slow Down" singer is parting ways with her mom-ager and dad-ager and is now seeking new management. (Via Hollywood Records / Selena Gomez)

Apparently, Gomez feels she has outgrown her parents' influence and is ready for an A-list manager. Her parents have filled that role since her days on the Disney Channel. (Via Disney / "Wizards of Waverly Place")

Although many outlets are reporting the split as a drastic "firing," a reporter for E! writes that it was pretty amicable... or it was eventually, at least. (Via Daily Mail, The Hollywood Gossip, Celebuzz)

This has reportedly been in the works for a while. E! quotes a source saying, "They decided it's better to focus on being a family than talking about business all the time." (Via E!)

Still, some are pointing blame at — who else? — Justin Bieber. The Biebs and Gomez have been spotted back together for weeks now.

​Apparently, Gomez's parents don't support the pair's on-again-off-again relationship, and it could have caused some family tension. (Via ABC)

Drama aside, Mandy and Brian will finish out projects that are already in the works, and they will continue to manage their other clients.