Small Group Of Doctors Gets Lots Of Money From Medicare 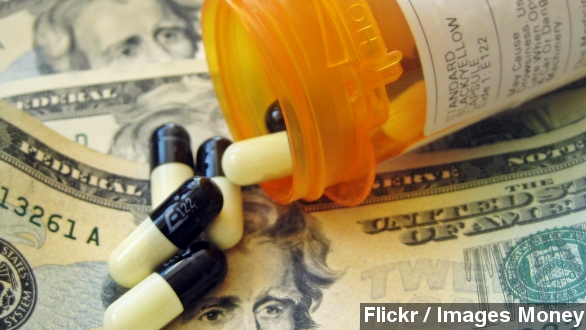 SMS
Small Group Of Doctors Gets Lots Of Money From Medicare

By Mikah Sargent
April 9, 2014
The Centers for Medicare and Medicaid Services on Wednesday released a database detailing $77 billion in billing to practitioners.
SHOW TRANSCRIPT

​​The Centers for Medicare and Medicaid Services on Wednesday released a database detailing Medicare payments and other information related to Medicare beneficiaries. The biggest finding? A small group of doctors make a lot of money off Medicare.

The move comes as part of the Obama administration’s push to make the healthcare system "more transparent, affordable, and accountable," according to the release. And that transparency is already making headlines. (Via The White House / Pete Souza)

KTTV mentions a Newport beach doctor who’s near the top of the list. "He's one of more than one dozen doctors who made more than $10 million on the national healthcare program for seniors."

A writer for The Wall Street Journal breaks it down into the percentages we all love: "The top 1% of 825,000 individual medical providers accounted for 14% of the $77 billion in billing recorded in the data."

And WTVT gives a look at the doctor making the most from Medicare.

"This is doctor Salomon Malgen. He's an ophthalmologist in South Florida, and he earned $20.8 million in 2012. … He made more from Medicare than any other doctor in the country." (Via WTVT)

Malgen is now under investigation as officials try to determine if he billed Medicare improperly.

And a writer for Bloomberg notes another benefit of the published database — more attention paid to doctors who order unnecessary tests and procedures. "A review of court records showed about half of 700,000 stent procedures in the U.S. annually are elective-surgery patients in stable condition."

So while the database certainly appears to make the healthcare system more accountable, Politico reports critics of the move say it could hurt doctors in the end.

"Physician groups have long resisted such a specific accounting of individual providers' pay, and they continue to warn that the raw payment information — lacking the right context — could ruin the careers of quality docs." (Via Politico)

Which is likely one of the reasons why, as a writer for The New York Times points out, the American Medical Association has fought to block the release of this information for so long.

And officials are worried the data could be easily misinterpreted: "An individual doctor, for example, may seem to have a high volume of services because that doctor oversees medical residents or physician assistants but bills for those services." (Via The New York Times)

Overall, officials caution against jumping to any conclusions without first properly looking at the data.

As a medical director told the Los Angeles Times, ophthalmologists might be topping the list, yes, but they also treat many of the conditions most often associated with the elderly, like macular degeneration and glaucoma. Meaning, they treat more Medicare patients to begin with.