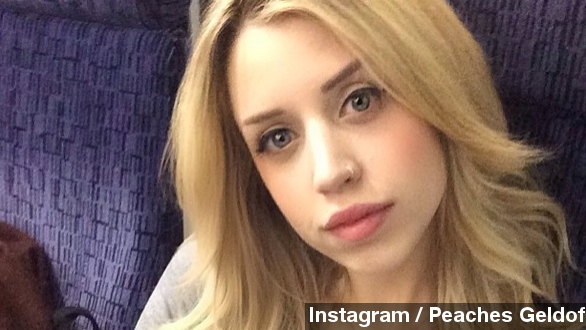 By Matt Picht
April 7, 2014
Authorities say Peaches Geldof, the daughter of musician Bob Geldof, has passed away unexpectedly at her home in England.
SHOW TRANSCRIPT

Writer, model, and television presenter Peaches Geldof has died at the age of 25.

The BBC reports police in Wrotham, England were called to Geldof's home Monday afternoon, responding to "a report of concern for the welfare of a woman." Authorities pronounced Geldof dead at the scene. The cause and circumstances of her death are still unknown.

Geldof was the second daughter of musician and activist Bob Geldof, known both for his leading role in the Irish rock band The Boomtown Rats, as well as his charity efforts to fight poverty in Africa. (Via YouTube / bobgeldof)

Tragedy struck early in Geldof's life: her mother Paula Yates died of a heroin overdose when Geldof was just 11. This photo of Yates was one of Geldof's final Instagram posts before her death.

As a teenager, Geldof wrote columns for The Telegraph and The Guardian, and starred in several documentary TV programs. Later, she also worked as a model for several years and was very active in entertainment and fashion circles. (Via Channel 4)

In a statement, Geldof's father called her "The wildest, funniest, cleverest, wittiest and the most bonkers of all of us. How is this possible that we will not see her again?" (Via ITV)

And Geldof's death has elicited heartfelt tributes from several celebrities on Twitter, including musicians Lily Allen and Ellie Goulding.

Geldof is survived her husband, Thomas Cohen and their two sons, Astala and Phaedra.