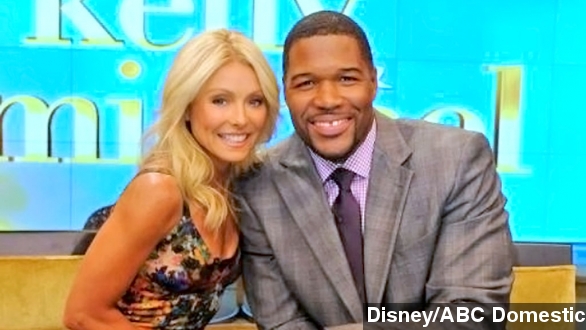 Out with one male anchor with a sports background, in with another.

TMZ echoes that, saying he'll appear about three to four times a week and cover a wide array of topics. The site notes Strahan will help give George Stephanopoulos, who's currently the only full-time, male anchor on the show, a "testosterone-assist".

"'Good Morning America', as you know, has lost two male cast members in the past few months with Sam Champion to The Weather Channel and just recently, Josh Elliott to NBC Sports. But, talks with Strahan were reportedly in the works before the departure of Elliott." (Via KGO-TV)

Strahan joked Wednesday that he'll probably be worn out most days, especially during football season. Strahan also partakes in Fox's NFL pregame show which he's also expected to keep doing, even with this new workload. (Via Fox Sports)