Google Wants To Make You A Pokémon Master For April Fools' 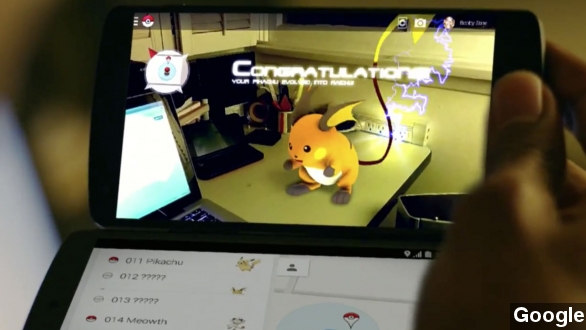 Have you ever wanted to work at Google, but didn't feel qualified enough to clear the hiring process? Well, now there's another way to score an awesome job at the tech company. All you have to do is be the very best, like no one ever was. To catch them will be your real test. To train them, will be your cause.

Yes, it's already April Fool's Day in Japan, and that means it's time for another round of Google pranks. Google announced it has scattered 150 Pokémon across the globe for intrepid trainers to track down and capture with the help of Google Maps.

But don't worry, this adventure doesn't actually require mountain climbing, deep-sea fishing, or any HMs. All you have to do is open Google Maps and hit "Press Start" on the search bar. Then just search around the world map, tap on any Pokémon you find, and ... hey, I got a Pikachu.

In theory, Google plans to fly the best trainers out to their Mountain View headquarters to do battle for the coveted Google position of Pokémon Master — but a disclaimer at the end of the trailer suggests that's probably not going to happen anytime soon.

Google does have a history of using April Fool's Day to headhunt for some of its more eclectic job positions. In 2008 Google teamed up with Virgin to recruit candidates for a colony on Mars, and in 2011 they invited incredibly fast typists to help fill in Google's Autocomplete results.

But although it was nice of Google to put a little minigame into Google Maps, TechCrunch pines for "the impossibly intense live-action [augmented reality] game shown in the video" which probably isn't going to happen either.

A Slashgear writer says seeing Pokémon on mobile devices in any form brings up a bit of a sore spot between Nintendo and Pokémon fans.

"It’s been a long time since users started wishing for Pokemon on mobile devices outside the Nintendo ecosystem. ... Nintendo hasn’t bucked an inch - they’ve suggested that Pokemon - and the rest of the Nintendo game universe - wouldn’t ever be moved beyond the Nintendo-made hardware world."

But what are you sitting around watching this for? The contest ends at 2 p.m. Pacific on April 2, so you've gotta catch 'em all before time runs out. And if you need any hints, Kotaku's got some leads on where the Pokémon are hiding.

As for us, we've already caught 40 different types of Pokémon, so ...