Zac Efron Punched In The Face During Skid Row Brawl? 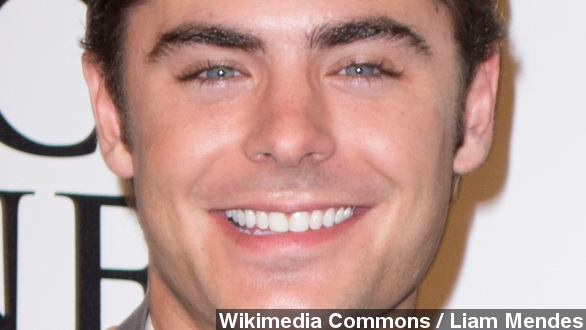 By Briana Koeneman
March 27, 2014
Zac Efron was attacked in a bad area of Los Angeles early Sunday, according to several reports.
SHOW TRANSCRIPT

Zac Efron was attacked in the Skid Row area of Los Angeles early Sunday, according to several reports.

Police reportedly found the actor and his bodyguard fighting with several men under the Harbor Freeway in downtown L.A. just after midnight Sunday. (Via ABC / "Jimmy Kimmel Live")

According to TMZ, Efron told police it all started when they ran out of gas while driving under the highway overpass and were waiting for a tow truck.

The men reportedly started attacking his bodyguard, and when Efron jumped out of the car to help, he got socked right in the mouth. (Via Wikimedia Commons / Liam Mendes)

TMZ quoted Efron as telling police, "It was the hardest I've ever been hit in my life." But the site claims no one was arrested because police viewed the fight as "mutual combat."

Efron's rep has yet to comment on the alleged debacle. But the Los Angeles County Police Department told People magazine they have no record of the incident.

If the report ends up being true, this wouldn't be the first facial injury Efron has suffered.

E! was the first to report the actor broke his jaw back in November 2013 after slipping in a puddle of water outside his home.

Many thought the incident could have been a sign of a setback for Efron, who made headlines just weeks before for completing a stint in rehab for substance abuse. (Via Hollywood Life)

But since then he said on the "Today" show, he's "in the best place I've ever been."