What Would It Take To Split California Into Six States? 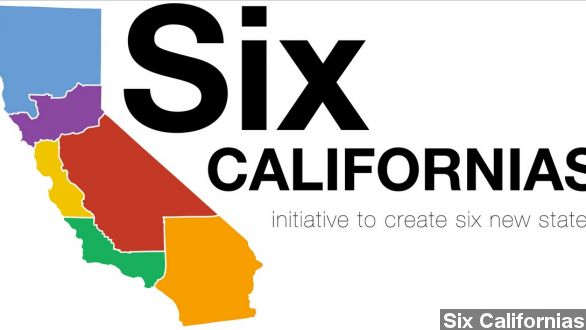 SMS
What Would It Take To Split California Into Six States?
By Matt Picht
By Matt Picht
February 21, 2014
Silicon Valley mogul Tim Draper's plan to divide California into six states has cleared its first hurdle, but critics say the proposal has no future.
SHOW TRANSCRIPT

Remember that crazy idea to split California into six different states? Well, that plan just got a little less crazy. The state of California just gave the Six Californias proposal a green light toward the ballot box.

The initiative was first proposed in December by venture capitalist Tim Draper, who struck gold with his investments in Skype and Hotmail. Draper argues California's 38 million residents are stretching the state government too thin. (Via YouTube / EZebis)

"Californians believe that California is ungovernable in its current state, and I think the idea of having six new Californias is sparking their imaginations." (Via Bloomberg)

And this week California's Secretary of State gave Draper the go-ahead to begin gathering support for the provision. So, what happens now?

Well, Draper's first task is to get the Six Californias proposal on the state's ballot. That means he'll need more than 807,000 signatures from registered California voters by July 18 — and then the support of a majority of California's people by November.

If the state passes the measure, California would amend its state constitution and form a statewide commission to handle the logistics of separation. But the split would still need the approval of Congress, which could vote on the measure by early 2019. (Via C-SPAN)

Now to be fair, Draper's not new to California politics. In 2000 he launched an ill-fated effort to provide school vouchers for all Californian students to attend private school.

And the idea of splitting California into smaller states has some popular support. Squabbles between California's urban and rural districts have been threatening to erupt into secession since the 1850s, and last year some northern California counties mounted their own push to break off from the state. (Via Los Angeles Times)

Still, Six Californias has been met mostly with skepticism in the media. A writer for The Huffington Post says the logistical fiasco of divvying up California will give most California voters cold feet at the ballot box.

​"Think of the thousands of business transactions that take place between Southern and Northern California each day. Many of those would now be between states, triggering federal regulation of interstate commerce. How many Californians would need to file two, three, or more state income tax returns every year? ... Draper's initiative is vulnerable to hundreds of political hits."

And the proposal faces an even greater struggle on the federal level. Getting Congress to radically reshape California — altering the balance of power in both the House and the Senate in the process — seems almost impossible in D.C's increasingly partisan and unproductive climate. (Via Pew Research Center)

A nonpartisan analysis by the state legislature didn't help Draper's proposal, noting splitting California creates an enormous economic disparity between the proposed new states. As a state, Silicon Valley would have the highest per-capita income in the U.S., while the new Central California would become the poorest state in the country.

That study lead an Imperial Valley Press writer to conclude Draper's Six Californias idea was just "a plan by the One Percenter plutocrats and tech moguls of Silicon Valley to trick interested voters into creating a digital Camelot, untouched by state regulations."

The last time we had to add another star to our flag was when Hawaii joined the U.S. in 1959.